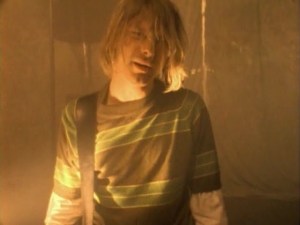 Nirvana’s ‘Smells Like Teen Spirit’ has been voted the greatest song of all time by the NME.

The list of 500 songs was published in this week’s edition of the music weekly, and 100 songs per day are being revealed via their website.

‘Smells Like Teen Spirit’ was one of the last songs written for Nirvana’s breakthrough album, Nevermind, which was released on September 23, 1991. When the song was released as a single it reached Number Seven in the UK charts. Nirvana frontman Kurt Cobain quickly grew tired of the track. “I can see it’s a good record from a commercial point of view but it’s too slick for my tastes,” he said in 1993.

Voted for by NME journalists past and present, each individual was asked to submit a list of their top 50 songs of all time. These were combined with lists of NME’s Top 50 tracks of the year to create the definitive list of 500 essential songs published in the magazine.