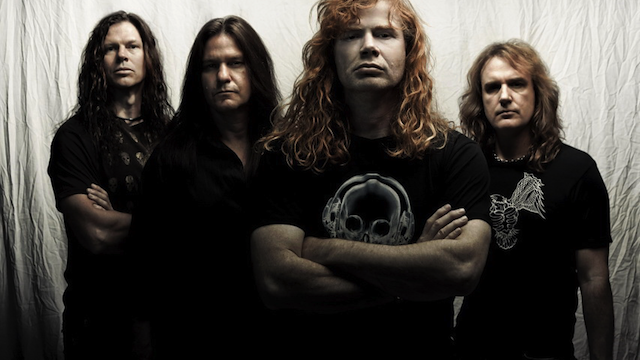 The pair released separate statements announcing their decisions, with guitarist Broderick citing “artistic and musical differences” and drummer Drover stating that he wants to pursue other musical interests.

Broderick says in his statement: “It is with great reluctance that I announce my departure from Megadeth to pursue my own musical direction. I want all of you to know how much I appreciate the amount that you, the fans, have accepted and respected me. I wish Dave and everyone in Megadeth all the best. I am working on a few things of my own, and hope that when they come out, you’ll all dig it.”

Drover’s statement reads: “I have decided to quit Megadeth to pursue my own musical interests. I want to thank Dave Mustaine and the entire Megadeth family, as well as all the amazing fans around the world. I truly appreciate all of you. Stay tuned for info on my next musical journey.”

No official statement has yet been made by the band. The split leaves frontman Dave Mustaine and bassist David Ellefson as the only members of the group. Earlier this month Mustaine confirmed that the band were heading in to the studio in January to record their 15th album.

“We’re going to start in January. We’ll be touring in August with a very huge English metal band in the States and South America, and we’re hoping to get our record out sometime in the summer,” he said.