Serious Black have released details of their debut full length album and are streaming a new track, “I Seek No Other Life.”

Say the band in a statement announcing the release: “Initially, it turned out to be quite a task to bring these full-time musical workaholics together in one studio at the same time. Needless to say, when they arrived at the Dreamsound Studios, Munich, none of the blokes had any idea, yet, where exactly their musical venture would take them.

“Serious Black is different to many of the so-called ‘all star’ bands because, in fact, they are a real band.”

The album, titled As Daylight Breaks, will be released on the 20th of January.

The full tracklist for the album is as follows: 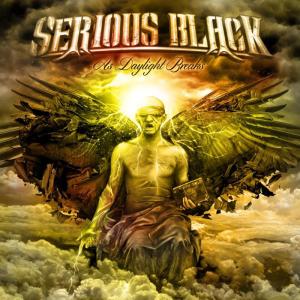 You can listen to “I Seek No Other Life” via the stream below: