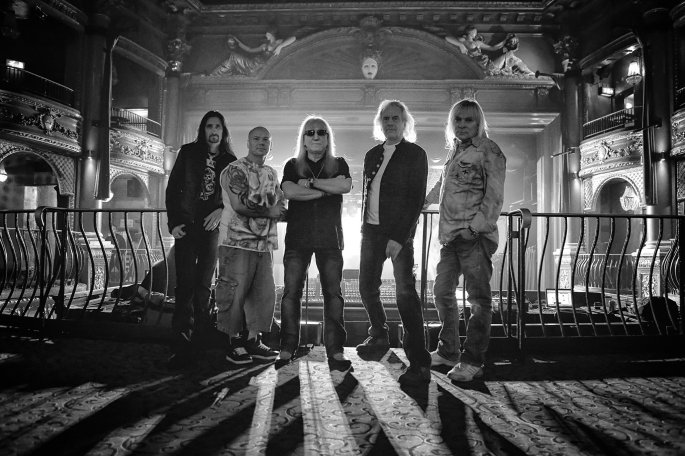 Uriah Heep have confirmed the release of a live 2CD/DVD set.

Live At Koko was filmed in March of this year at the London venue and will feature 17 songs. It is slated for release on the 20th of February next year.

Uriah Heep released their 24th studio album, Outsider, earlier this year. It was the band’s first LP following the death of bassist Trevor Bolder from cancer. Said Heep frontman Mick Box: “We were waiting for Trevor to get well again – but life took another turn and then he was no longer with us. In the studio we never stopped talking about him as if he was still there’ his spirit was there all the way through.”

The full tracklist for Live At Koko is: