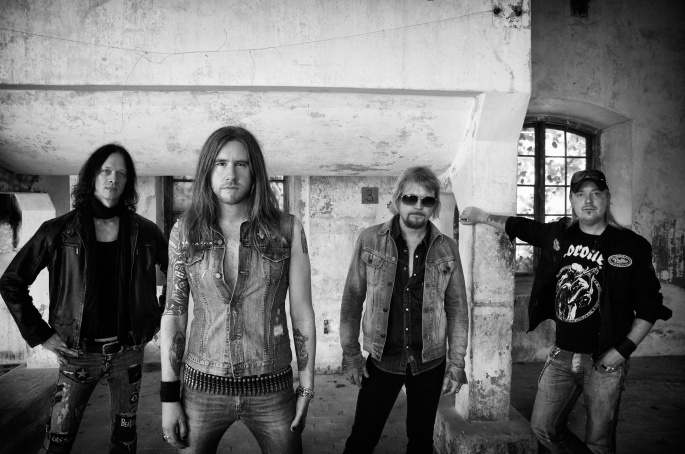 Swedish rockers Bonafide have shared details of their new album.

The aptly titled Denim Devils will be released on the 2nd of February via Off Yer Rocka Recordings, ahead of the band’s European tour in the summer.

Says frontman Pontus Snibb of the new album: “This record has a tougher live vibe and sound than the previous one, as it was recorded almost live in the studio. We wanted to get as close to a live show as possible, to capture that magic that happens on stage when everything’s coming together.”

The band released the first single from the album, “Hold Down The Fort”, as an EP last month.

Snibb adds: “The single Hold Down The Fort is a straight ahead rocker about always sticking up for someone to a 100%, never letting them down. One Kiss is another stand out track, with its catchy chorus that sticks in your mind from the first listen. It will be released as the second single this spring, with an accompanying video.”