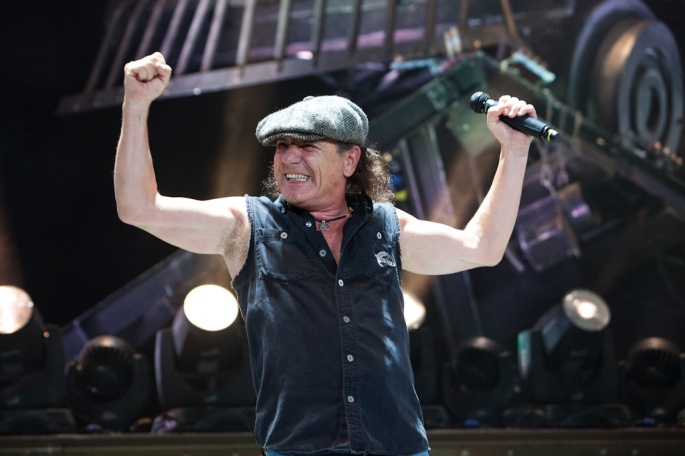 In a recent interview just released by the BBC, Johnson says: “I’ve got to stick my hand up and tell the truth – I went to Vancouver with the boys and I hadn’t sung a song in anger in five and a half years.

“I went with my fingers crossed and my eyes shut into the singing booth. I was just so happy that it came out good; the band was swinging and I think we all got carried away.”

Rock Or Bust was released on the 1st of December. It is AC/DC’s first album without founding guitarist Malcolm Young. Young was forced to retire from the band having been confirmed as suffering from dementia. The future in the band of drummer Phil Rudd was then also thrown into question following his arrest in New Zealand.

Malcom Young’s nephew Stevie filled the vacant guitar spot in the studio and will do the same as the band head out on tour in support of the LP. Says Johnson: “Stevie knew the shoes he had to fill. He put his head down. He worked hard.

“We put an arm around him and said, ‘Just join the fun,’ and he did. I think the energy came out in the album – the nervous energy to keep going.”

The Aussie rockers have confirmed a series of shows in Europe between May and July next year, with many more yet to be announced. Tickets for all dates go on sale today.