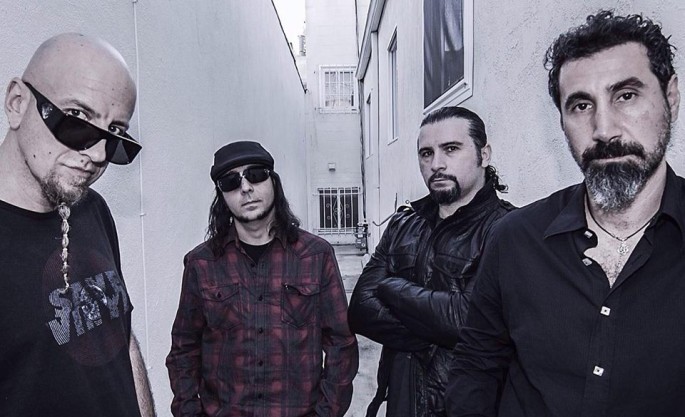 System Of A Down frontman Serj Tankian says the band are considering recording a new album.

The group are about to embark on their Wake Up The Souls world tour, aiming to highlight the Armenian genocide of 1915 when 1.5million Aremnians were murdered by the Ottoman Empire. It’s been a full 10 years since the release of their last albums, 2005’s Mezmerize and Hypnotize.

Speaking to Rolling Stone and discussing a possible return to the studio, Tankian says: “There has been talk, and we are going to play this tour, come back and we’re going to see where we are. If we have songs that work for System, if I have them and Daron has them.

“The openness is there to work together, but we haven’t made any particular plans that we can announce.”

He adds that he has already written songs that could work in a SOAD context: “I have a few that could apply, but I’m not sure until the time comes where I can actually play them for the guys and see if it’s something that vibes off them.”