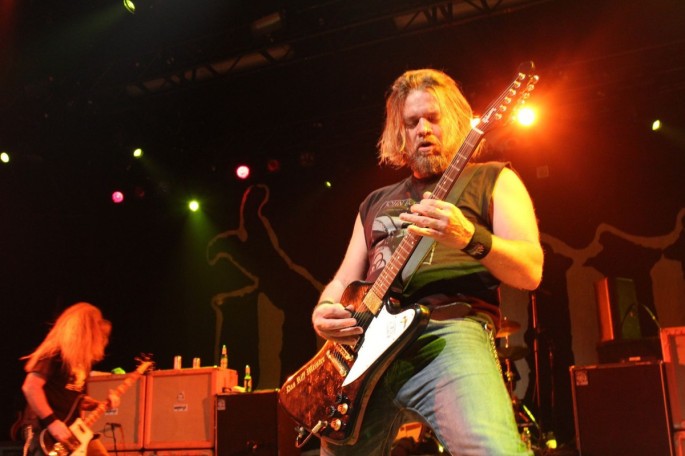 Corrosion of Conformity have confirmed a series of European tour dates. The shows will be their first with Pepper Keenan back in the COC camp.

Says bassist Mike Dean: “This is all about going out and celebrating some of the classic material, and at the same time it’s about tuning up the chemistry and the energy to possibly create a new album or two with this lineup.”

Keenan hasn’t played a full tour with Corrosion Of Conformity since 2006 and this will be the first time that the band’s Deliverance lineup has played together since 2001.

The band’s most recent album, IX, was released last year.

Tickets for the tour go on sale this Friday 16th January at 9am. You can grab yours via LiveNation.

Confirmed dates in the UK are as follows:

Meanwhile Corrosion Of Conformity drummer Reed Mullin is in the process of launching new supergroup Teenage Time Killers with fellow founder members Mick Murphy (of My Ruin, Birds Of Satan and Neanderthal) and John “Lou” Lousteau. The group’s debut album, Greatest Hits Vol.1, will be released in 2015 via Rise Records and features contributions from a veritable whos-who of rock, punk and metal greats.