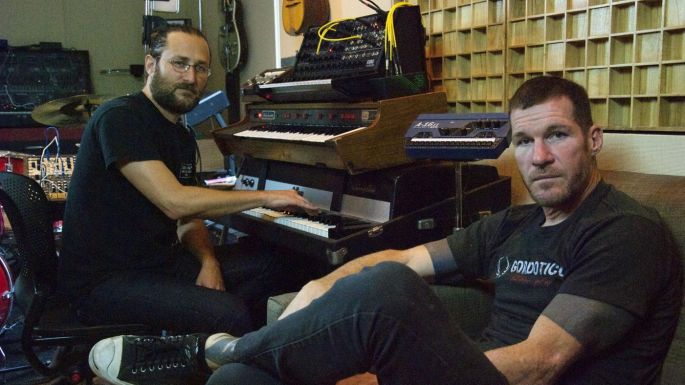 Future User, the band featuring Rage Against The Machine bassist Tim Commerford, have released a video for their track “Mountain Lion.”

The video features cyclist Lance Armstrong delivering some harsh words whilst a skater injects himself with what appears to be steroids.

As Commerford explains, “Mountain Lion” tackles the subject of performance enhancing drugs and what he says is misplaced outrage about their use: “The amount of attention given to PEDs is incredible, especially when you consider the amount of drugs – recreational, illegal and pharmaceutical – that America supports and profits from.”

Commerford told Rolling Stone recently that he and Armstrong are cycling buddies and that the monologue that features in the video was based on their own personal trash talk: “We’ll jokingly leave each other voice messages like, ‘Dude, I’m gonna crush you the next time I see you. I’m gonna take you down.’ I thought it’d be cool to put one of his voice messages in the song. When it came time to make the video, I asked him to recreate the voicemail and he was totally cool with it.”

“Mountain Lion” is lifted from Future User’s forthcoming new album, Steroids Or Heroin, scheduled for release on the 24th of February.

You can watch the video for “Mountain Lion” below: