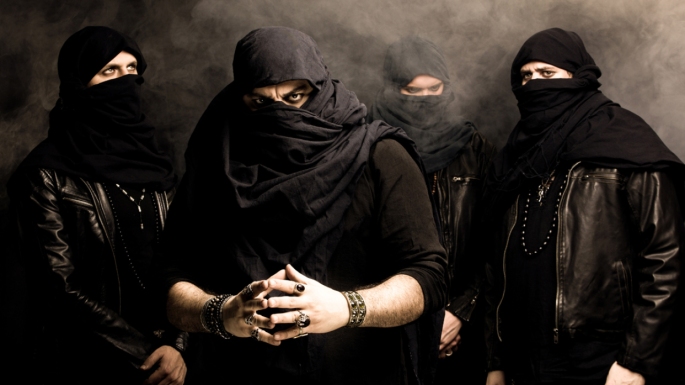 The song is taken from the band’s new album Enki, scheduled for release on the 2nd of March via Nuclear Blast.

Not only does the track feature the mighty Melechesh firing on all cylinders, but is given extra heft by the talents of guest vocalist, Brazilian metal mentalist Max Cavalera.

Commented singer, songwriter and Melechesh mainman Ashmedi: “I am flattered and honored to have esteemed guests appear on this multifaceted album. Enki solicited different approaches and new experiences. Max is a lion – I love his voice and the tribal and historic parallels of our lives are uncanny, he did an amazing job on ‘Lost Tribes’.”

Max Cavalera explains: “I was very honored that Melechesh asked me to sing on their new album! I’m a big fan and I think The Epigenesis is on of the greatest extreme metal records ever done! I love the fact that they come from a different part of the world like me. So our worlds finally collide! Long live Melechesh!”

Check out the video for “Lost Tribes” below:

Enki is available for pre-order now via Amazon.