The Dutch outfit’s A War Of Our Own had a limited release last year following a successful IndieGoGo campaign that raised a phenomenal €44,000, and is now set to see the light of day across the rest of Europe thanks to a licensing deal with Graviton Music (home of Incite and Black Map amongst others.)

A War Of Our Own is Stream Of Passion’s first album since parting ways with their previous label, Napalm Records, and will be released on the 10th of April to coincide with their imminent European tour alongside The Gentle Storm.

The full track list for A War Of Our Own is: 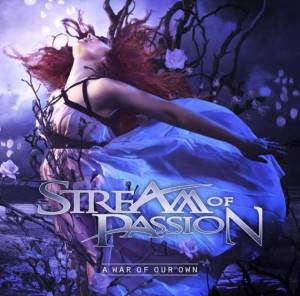 You can watch the official video for the title track below:

Stream Of Passion’s upcoming confirmed tour dates are as follows: