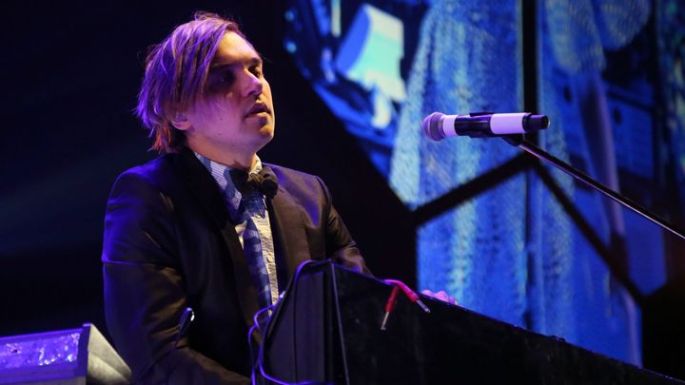 Will Butler, frontman of US indie rockers Arcade Fire, is streaming his new solo album ahead of release.

Policy is due out on the 16th of March in the UK.

In a statement about the new LP, Butler says Policy is: “American music — in the tradition of the Violent Femmes, the Breeders, the Modern Lovers, Bob Dylan, Smokey Robinson, the Magnetic Fields, Ghostface Killah. And John Lennon (which counts).”

You can listen to the full album via the Spotify stream below:

In support of the release of Policy, Butler last month completed a musical project writing a song a day inspired exclusively by news stories from The Guardian. The experiment resulted in Butler writing “Clean Monday” about troubles in the Greek economy, “Waving Flags” about Ukrainian separatists, “You Must Be Kidding” about a Sao Paulo water crisis, the black hole-inspired “Madonna Can’t Save Me Now” and “Waters of Babylon,” about ISIS members destroying artifacts in an Iraq museum.