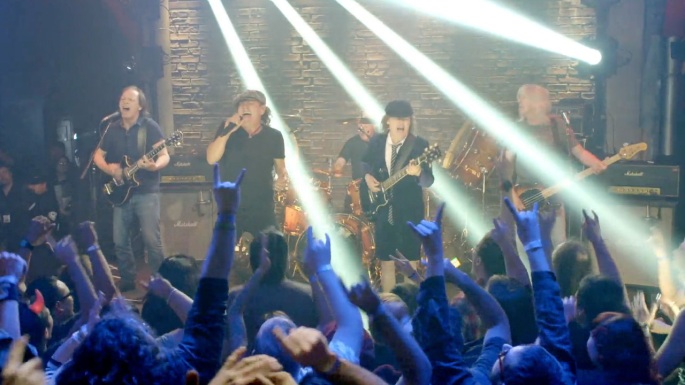 AC/DC have released a video for their track “Rock The Blues Away”.

The song is lifted form the band’s most recent album, Rock Or Bust, released last December.

The clip was filmed in Los Angeles by director David Mallett shortly after AC/DC’s performance at this year’s Grammy Awards, and features drummer Chris Slade who rejoined the band in February in order to stand in for troubled sticksman Phil Rudd.

AC/DC are set to play 3 arena shows in the UK and Ireland, kicking off in June.

Check out the video for “Rock The Blues Away” below: