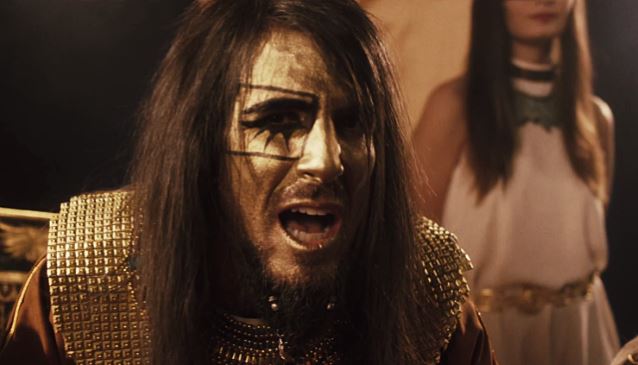 The song is lifted from the guitarist’s new solo album of the same name, released in February.

Says Thal of the new clip: “The director, Gabriella Loutfi, took a real cinematic approach with the song subject. Rather than showing the current evolution of Orwell’s ‘1984’ ‘Big Brother,’ we turned the clock back to 1984 BC, showing how power struggles for control and order are timeless.

“The video plays out like chapters of a story — dominating rule, a demand for instant gratification, a revolt and the tables turn.

“Gabriella gave a ‘tip of the hat’ to pioneer filmmakers like Georges Méliès, often choosing organic methods rather than digital effects. An example is the drowning scenes — long blue and white sheets stretching across a room, each end held by crew, being rippled and waved by hand as the actors would descend between them.”

Thal has spent the last eight years playing guitar in Guns N’ Roses, but said recently that he is currently focusing on his solo career.

Check out the video for “Little Brother Is Watching” below: