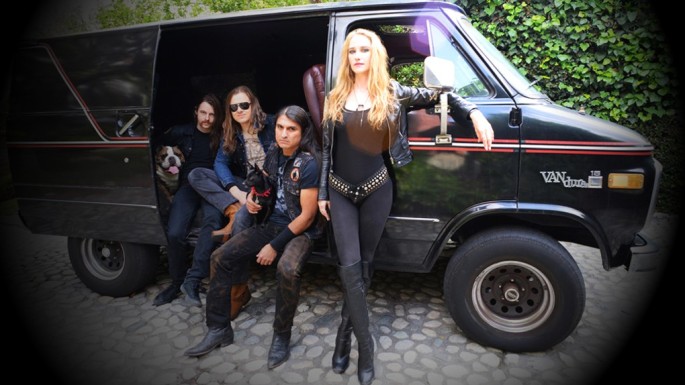 California metal cohort Huntress are set to release a new album in the Autumn.

Static will be out on the 25th of September via Napalm Records and was produced by Paul Fig (Alice In Chains, Deftones, Trivium, Ghost) and Jim Rota (Fireball Ministry, executive producer for Foo Fighters’ Sonic Highways series and producer of Dave Grohl’s Sound City: Real to Reel documentary).

Huntress have teamed up with Pledge Music for pre-orders of the album. Fans who place an order for Static now will unlock the remainder of the Pledge Music page, opening up exclusive content.

Artwork for the album has once again been created by Vance Kelly (Slayer, Alice In Chains, Evanescence, Ghost) who also worked on previous Huntress platters Spell Eater and Starbound Beast.

Says Huntress vocalist Jill Janus: “The evolution of Huntress bleeds into Static, our third and most prolific album. It is the heaviest and catchiest record we’ve written.

“The process of writing and recording was new and exciting, at times very difficult for all involved, having to record in between relentless touring.

“Never have I been so honest in my approach to songwriting; I reveal lifelong personal obstacles that I previously feared weaving into my lyrics.”