Lamb Of God have shared a video for their brand new track “Overlord.”

The song is lifted from the Virginia-based metal band’s new album VII: Sturm Und Drang, scheduled for release on the 24th of July via Nuclear Blast. Various album bundle-deals are available to pre-order now.

Says frontman Randy Blythe of the song: “I wrote the song about the dangers of self-obsession in our distressingly myopic and increasingly entitled ‘me-now/now-me’ culture; just like the couple in the video, many people can’t seem to look past their own relatively small problems to see the bigger picture: the world is in serious trouble. Having a bad day at work, or a fight with your significant other, or getting a crappy haircut or table service does not in any way shape or form constitute an emergency. Sometimes things just don’t work out the way we want them to- deal with it.

“People who only see their own problems eventually wind up alone because no one wants to hear their crap anymore- we all know someone like that, always whining and complaining about some inconsequential setback as if it were the apocalypse. This song is for those people.”

The full track list for VII: Sturm Und Drang is: 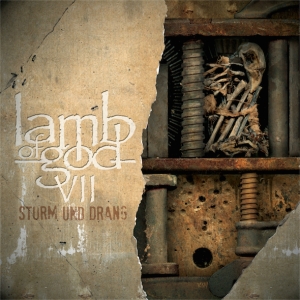 You can check out the video for “Overlord”, directed by Jorge Torres-Torres, below: