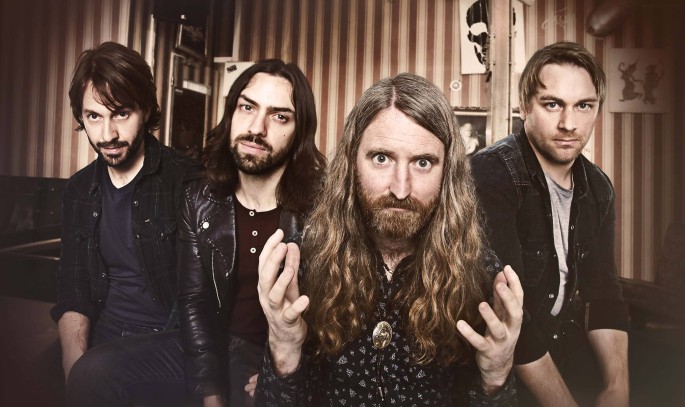 Irish rock band The Answer have have released a video for their new single “Gone Too Long.”

The song is lifted from the band’s most recent album Raise A Little Hell, released earlier this year via Napalm Records.

The video comes in the midst of The Answer’s current US tour supporting Whitesnake. The band will then return to the Europe at the end of the month to play at Germany’s Wacken festival, followed by an intimate show at The Borderline in London.

Says The Answer’s frontman Cormac Neeson: “Our first gig in Dallas was one of my favourite gigs of all time. It may well have been an outpouring of pent up emotion having nearly missed our tour because of the visa crash [the band had to re-route their flights in order to obtain the correct documents] or maybe it was because this was our first gig on American soil in more than five years. Either way it rocked hard and we had the gig of our lives!!”

The new single has been mixed for radio by Chris Sheldon, who’s previously worked with Foo Fighters and Biffy Clyro, while the video was filmed in Belfast. “We decided to go for a minimal black and white treatment shooting in the old Empire venue,” says Neeson. “Darren Lee from Maverick Renegade Productions directed and edited the video – he always comes up trumps!”

“Gone Too Long” will be released on the 29th of July. Check out the video below: