Atreyu have released a video for new song “Long Live.”

The cut is the title track from the band’s forthcoming LP of the same name, scheduled for release on the 18th of September via Spinefarm Records.

Says Atreyu frontman Alex Varkatzas of the clip: “Long Live is by far my favorite Atreyu video – which is fitting because our new record is the strongest Atreyu record to date.”

Long Live will be Atreyu’s sixth studio LP and their first since 2009’s Congregation Of The Damned. After a long hiatus, the band announced last year that they were reforming and set to release new material. 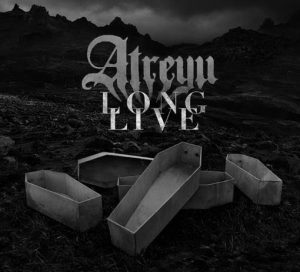 You can watch the video for “Long Live” – directed by band bassist Porter McKnight – via the stream below: