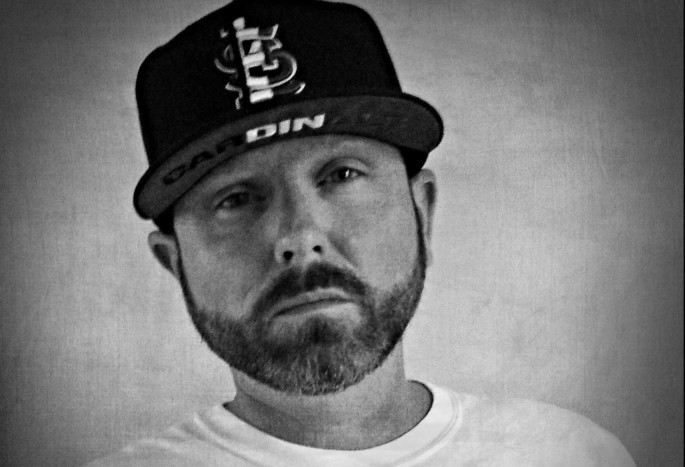 Creativity often rears up and out from the least likely places, not least because the artists themselves have had to use their creativity to find new and innovative ways of getting their output into the consciousness of the people they are trying to connect with.

Kid Vibe and PaleFace Junkies’ classic hip-hop is a case in point, the off-kilter vibes of their innovative cuts being brewed in St.Louis with the creative zeal of a crazed sampling scientist, drawing on wide range of influences including hardcore and glam-infused punk as well as early 90’s hip hop producers.

A tireless DIY work ethic, putting the power of social media to good use and never failing to pay respect to other artists and people who have supported PFJ’s music; all act as a solid bedrock to lay down killer tracks such as “Livin’ In The City” (ft. Danny Diablo, Joey Knuckles of Suicide Kings & DJ Lethal), “Clap At Us!” (ft. Big Left, Swiss Precise, & DJ Lethal) and “Switchblades & Soda Pop!” (ft. Madchild).

So, hip hop historian, talented producer and veteran of the golden age of his art form, here’s what Kid Vibe had to say when we caught up with him in recent days.

Skin Back Alley: Your music is in a classic hip-hop mould, but it seems you draw influences and samples from all and any genres. Which artists and bands have been major influences, and how do you know when a sample is going to help make a great track?

PaleFace Junkies: Some of my early influences are Hanoi Rocks, Michael Monroe, Lords of the New Church, Fear, and The Beastie Boys. As the 90s came around I started to get influenced by Hip Hop producers. Such producers like DJ Muggs, Pete Rock, The Bomb Squad, The Beatnuts and DJ Premier.

In order for a sample to make a great track it has to be used correctly. The theme of the track is either set by a sample or a sample is used to take the song to another level. The golden era was perfect. It was due to the creative use of samples. It was an art form to dig to find samples that were never heard or used.

Punk is clearly a big influence. We’ve talked before about a shared love of Michael Monroe and his work, and you’ve sampled the likes of Lee Ving and FEAR on “Livin’ In The City.” What draws you to that classic hip-hop style and sound, and what do you make of the contemporary mainstream hip-hop scene?

What draws me to the classic hip hop sound is a feeling I get when I listen to the production. Next is the passion of the MC and the lyrical delivery. In the 90s I could hear the passion in the beats and the passion in the MC. Today’s music seems to be about making money and not for the love of the art form. I listen more to classic artists that still are making new hip hop. They seem to stick to the 90s formula and maintain the quality of the 90s. The new Hip Hop is watered down by cheap keyboard beats and very repetitive hooks. Very disposable music.

You rap, talk about and use the tag “real hip hop.” What does “real hip hop” mean to you and how does it differ to hip hop that you don’t think fits in to that concept?

Real Hip Hop to me is when an artist makes music for the passion and the love. Rather they get paid or not. They are true to themselves and their art at all times. If it becomes watered down by veering off the path, instead of focusing on the music to chase money, fame, or reality TV attention than it’s not real.

Was there a hip-hop scene in St. Louis as you were getting started? Do you think where you were based was a hindrance or a help in any way?

There was a very small scene in St. Louis in the late 80s and early 90s. It had very talented DJs, MCs and Producers. I believe that staying in St. Louis was the major factor in holding us back. I think if we would have moved to either LA or New York we might have gotten a lot further. In the very early 90s St. Louis was all about hair metal. They could not get their minds around us doing hip hop. So performing live was hard because the bars and clubs didn’t support hip hop music. Hip Hop was so new to the Midwest back then. We were before our time.

St. Louis certainly seems to have heavily influenced your work? The tag “STL TIL DEATH” appears in your videos and online, and the city featured heavily in the video for you track “Plan 13 Channel 3 (They Might Test)”? Did you then, or do you now, lean more towards either the traditional West Coast or East Coast scenes? Geographically at least there’s no obvious or immediate affiliation for you?

I would have said in the 90s that I leaned more towards east coast hip hop. I felt musically I did not fit into the St. Louis music scene. I was actually down on the Midwest for a long time because of their slowness to adopt new things. And also people’s uptight outlook on life. But as the years went by I learned to love St. Louis. My wife is from here and my kids were born here as well. So I started to realize the positives and that’s where STL Till Death came from. I am who I am anywhere I go or anywhere I live. I am a product of east coast hip hop and west coast hip hop rolled in to one with my own world experiences and all my other musical influences.

I read recently that you “nearly” scored a record deal in the 90s. Can you tell us about that, and do you think that not having the backing of a label has made a big difference to you? Does label backing matter in today’s internet-enabled world?

We had a management company that would help us book shows and shop us to record labels. In 1992 they got a person at Capitol Records to listen to us and review our press kit. We spent about a year working on getting everything ready and packaged. Songs done, image tight, and bio written. Then that person was let go. Which started the process all over again. In the older days a label was truly needed. Now-a-days with the internet and the ability to record so cheap it’s not as much. Now you can get backing from other sources and accomplish what a label can. Like printing CDs and Vinyl. Then use the internet to market and sell everything. Different world today than what it was 20 years ago.

During your career you seem to have concentrated largely on singles. Have you ever wanted to release an album collection? Do you think that albums matter as much in the digital age?

I actually have been focusing on singles more. I was going to drop an album but it seems like the world doesn’t digest albums like they once did. I think the world is too busy to actually sit down and play an album from front to back. Plus with so many artists in the game if you drop an album and it misses then you’re done until the next album. Singles keep it moving and fresh.

You recently released your new track “Clap At Us!” featuring Big Left, Swiss Precise and DJ Lethal. Can you tell us about how the track and collaboration came about and what its themes are?

I am a huge fan of Big Left and Swiss Precise. I think they have different styles and thought that bringing them together on a track would be cool. So that’s what I did with a beat I produced. I wanted to bring that boom bap sound into today. The feedback on the track has been outstanding.

I understand you’ve been working on a remix of hip hop pioneer Tairrie B’s new single “Beware The Crone”? Can you tell us anything about what to expect from the track and how the collaboration came about?

I have been a huge fan of Tairrie B since the day her first record Power of a Woman dropped. It’s one of my favourite records. I have always supported artists I like on social media. We connected and she told me she was working on a new hip hop album. I said I would love to either produce a track or do a remix of a song. Her new single is outstanding. I am so glad that she is letting me remix it. I am honoured to be a part of her return to hip hop. Tairrie B is a true legend in Hip Hop and Metal!

Do you have a bucket list of artists you’d like to work with? Who would some of your dream collaborators be?

I am a huge fan of Kurious Jorge. I would love to do a song with him. I really like Onyx too. The Beatnuts are great as well. You never know how things work out. There is a lot of talent in hip hop I would be proud to work with.

As well as spreading the word about your own work, you utilise social media and the internet a lot to give props to other artists and projects that you admire. Is it important to you to lend a hand to others and “pay it forward” in that way?

Yes, I think it is important to pay it forward. If someone takes the time to post, write or promote an artist, I think that person or artist should give back. If you pay a blog or a service company to promote that’s one thing. Especially underground blogs, radio stations and sites that do it for the love of music. They need to be exposed for what they do. They give the artist an avenue for his or her art so if they gain more exposure, so does the artist. It’s a win-win. That’s their contribution. Writing is their art. I think more artists in the underground should take this approach.

You’ve said in the past that you think you had to work harder and overcome more challenges in order to get your music heard than some of the artists who are around today? What were those specific challenges and why are they no longer around today?

In the 90s it was harder to make hip hop beats. It was also harder to record. We were limited on tracks and studios were not as easy to come by as they are today. Plus sound engineers were all about rock music. Once you finished recording your song it either went to cassette or vinyl. Then you had to drive it to radio stations or record stores.

Now-a-days kids are recording in their bedrooms and emailing or posting their song online. It’s easier today to get exposure and make contacts with social media. But I am sure they have a whole set of challenges just like we did. I think every generation faces challenges, they are just different as times change.

Which hip hop artists (new or old!) should we be listening to right now?

I really like Madchild, Swollen Members, Tairrie B, Run the Jewels, Killer Mike, Psycho Les, Onyx, and Big Left to name a few.

What’s next for PaleFace Junkies? What will success mean for you in 2015 and beyond?

I am truly happy making music. As long as I am inspired to write I feel blessed. Success to me is making music.

Connect with Kid Vibe and PaleFace Junkies at: