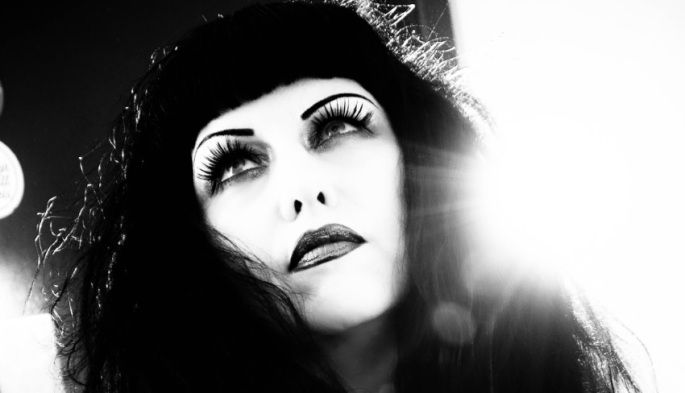 Tairrie B, trailblazing rap artist and erstwhile vocalist of LA metal band My Ruin, has released a remix of her recent solo rap single “Beware The Crone”, the first track taken from her new solo hip hop album, Vintage Curses, released worldwide on the 14th of August.

Says Kid Vibe of the collaboration: “I have been a huge fan of Tairrie B since her debut album The Power Of A Woman dropped on Eazy E’s Comptown Records label back in 1990, which is also when I first got into the hip hop scene. We connected on Twitter and after hearing her new album I asked if she would be down for me to remix one of her songs.

“We chose her first single ‘Beware The Crone’ which I think was the perfect track as a reintroduction for her. The dark and witchy theme is very much representative of who she has been as an artist in underground rock for the past 20 years while staying true to her roots. Vintage Curses is by far one of the best hip hop albums to drop this year. Much like TAIRRIE, I too am a fan of the Golden Era and her latest recordings give a nod to this while remaining fresh and relevant in 2015. I really dig what she has done with the original and wanted to give her a bit of evil East Coast flavour to compliment her West Coast style without changing the overall mood or feel of the song.”

Adds Tairrie B: “I remember hearing this really cool track called “Livin’ In The City” which Kid Vibe produced and also rapped on along with Danny Diablo a.k.a. Lord Ezec and Joey Knuckles of the Suicide Kings. It also featured DJ Lethal who was an old friend of mine. The hook was a homage to the classic punk rock song by FEAR recorded in 1982 and I thought it was really clever and cool. Kid Vibe has worked with Madchild, Liquor Store Bandits, Swiss Precise, 3KNGZ and Samplecentric to name a few. He has been a vocal supporter of my return to hip hop and I really enjoyed having him remix this first track for me. He’s currently working on a new remix to drop in November.”

Check out the Hecate Remix of “Beware The Crone” by PaleFace Junkies below:

Vintage Curses was co-produced by Tairrie B and husband Mick Murphy, the master of heaviosity behind My Ruin, Teenage Time Killers, The Birds of Satan and Neanderthal who also played live drums, bass and guitar on the album. You can download the album for free via tairrieb.bandcamp.com

Check out Tairrie’s self-directed official video for the original mix of “Beware The Crone” below: