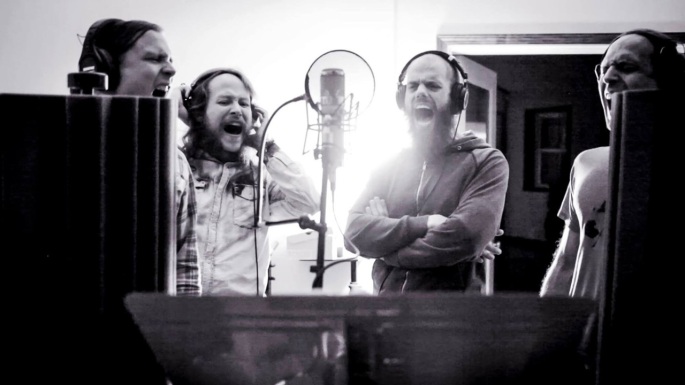 Baroness are streaming their new track “Shock Me.”

The song features on the band’s forthcoming album, Purple, scheduled for release on the 18th of December via their own Abraxan Hymns label.

Vocalist and guitarist John Baizley recently revealed that the album is named after a bus accident that the band were involved in: “The band suffered a gigantic bruise. It was an injury that prevented us from operating in a normal way for quite some time.

“Hopefully, this record is the springboard that helps us get away from all that.”

Purple will be Baroness’ first recording with the new rhythm section of Nick Jost and Sebastian Thompson on bass/keys and drums. The album was produced by Baroness and Dave Fridmann (The Flaming Lips, MGMT, Tame Impala) at Tarbox Road Studios, in the secluded town of Cassadaga, New York.

You can listen to “Shock Me” via the stream below. Baroness shared another new track, “Chlorine & Wine”, in September.

The full tracklisting for Purple is:

One thought on “Baroness stream new album track ‘Shock Me’”