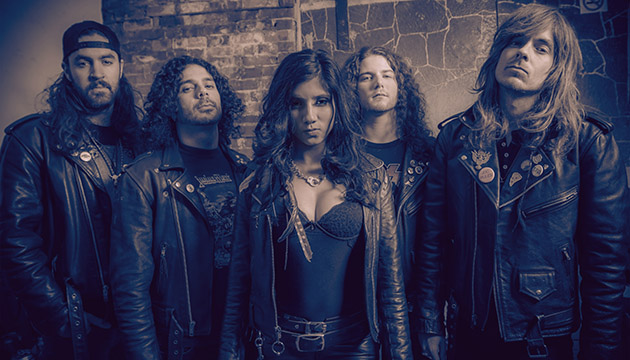 Diemonds have shared a video for their track “Ain’t That Kinda Girl.”

The clip was filmed by the band’s own guitarist C.C. and was edited by Bleeding Heart productions.

Originally premiering via Revolver in the US and Rock Hard in Europe, you can watch the video below:

Never Wanna Die was produced by Juno award winner Eric Ratz. Says guitarist C.C. Diemond: “”Working with Eric Ratz was a rad experience for us. We’ve never had the chance to work with a producer and he definitely helped us find the best way to showcase our new songs. We’ve come a long way since the last record!”