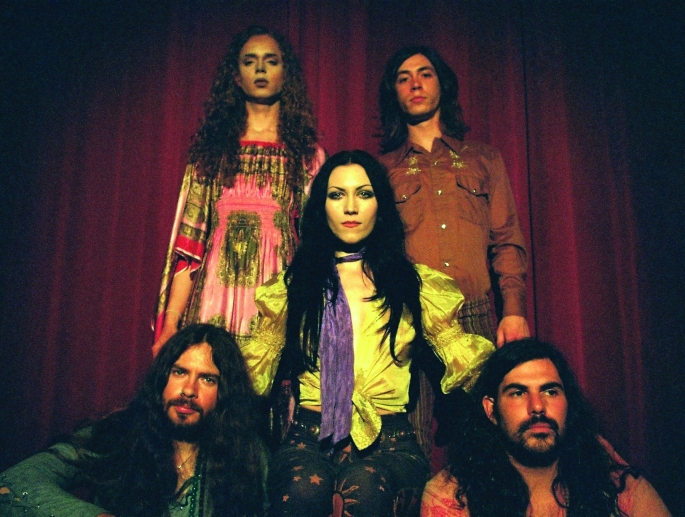 Purson have announced a UK headline tour and confirmed the release date for their new album.

Desire’s Magic Theatre will be released on the 25th of March via Spinefarm/Machine Elf and is described as “…a technicolour trip through the mind’s eye of songstress / vocalist / guitarist Rosalie Cunningham.”

Says Cunningham herself: “Desire’s Magic Theatre has turned out to be everything I’d imagined and more! My world has been so consumed by it that I’ve barely been able to reflect on what it has become: a technicolour variety show, a playful display of the musical whims only briefly hinted at in our previous work; a psychedelic rock opera dedicated to our good friends Sarge Pepper and Zig Stardust.”

Purson will play a series of headline shows in the UK in March and April, kicking off in Bristol on the 9th of March and ending up in Leeds on the 2nd of April.