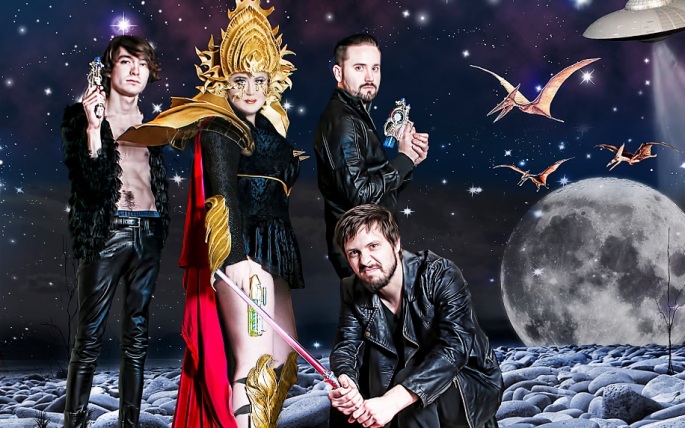 Hollywood progressive glam rockers SpaceCream have announced the release of their debut album.

Pterodactyl Sky will be officially released via a special concert at LA venue The Mint on the 22nd of January. The evening will be closed out with a set by royalty blues group VOLTO!

In a statement sharing the news, the band describe their debut as “…an intellectually charged revival of stellar Rock N’ Roll, told from the point of view of a sex-positive feminist revolutionary.”

Engineered at Kitten Robot Studios by LA music pioneer Paul Roessler (Nina Hagen, 45 Grave, Elliot Smith), Pterodactyl Sky is an immediately arresting mix of glam and rock with progressive tropes and a deeply theatrical bent. To Skin Back Alley’s ears this band have damn well got…. something!

Since winning 2014’s LA Battle for Vans Warped Tour at House of Blues Sunset, SpaceCream has taken Southern California by storm. Pterodactyl Sky is the result of two years of creative energy and live performances, including sold-out shows at legendary venues like the Viper Room and Troubadour.

Check out the title track from Pterodactyl Sky below and grab your tickets to the album launch set at The Mint here.

Connect with SpaceCream at their official Facebook page or visit SpaceCreamBand.com