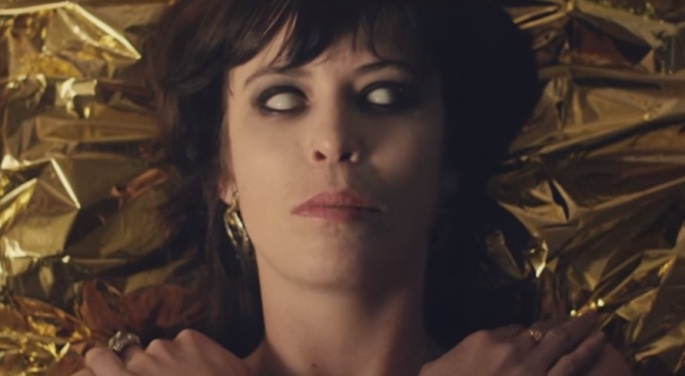 The Jezabels have shared a video for their new single, “Pleasure Drive.”

The track is to be released via Caroline Distribution this Friday the 22nd of January and is the latest song to be taken from the band’s upcoming third album, Synthia, due for release on the 12th of February.

Says a statement accompanying the release: “Like Chrissie Hynde starring in an episode of True Blood, ‘Pleasure Drive’ sees frontwoman Hayley Mary cast a spell of operatic gothic pop in a video overcome with the dark grip of lust. A haunting power takes hold of Mary and a diner full of enchanted women taking the control back from their domineering partners.”

You can watch the video below.

Says Hayley Mary of parent album, Synthia: “Previously I’ve shrouded myself a lot in mystery and the language of romanticism; played roles and stuff — which reflected some kind of truth about how I felt as a woman.

“Now I feel like I can be much more upfront about all that. The truth about how it feels to be a woman has become a much more prominent part of the general conversation in the last couple of years… These are exciting times. I think we’ve made an album that celebrates that.”

The Jezabels are set to play a special one-off performance at The Dome, London on the 10th of March in support of Synthia. Having previously played sold out shows at Shepherds Bush Empire, KOKO, Brixton Electric, Heaven and more in support of their extensive back catalogue, it will be a rare opportunity to catch the band in one of their most intimate appearances in the UK capital yet.