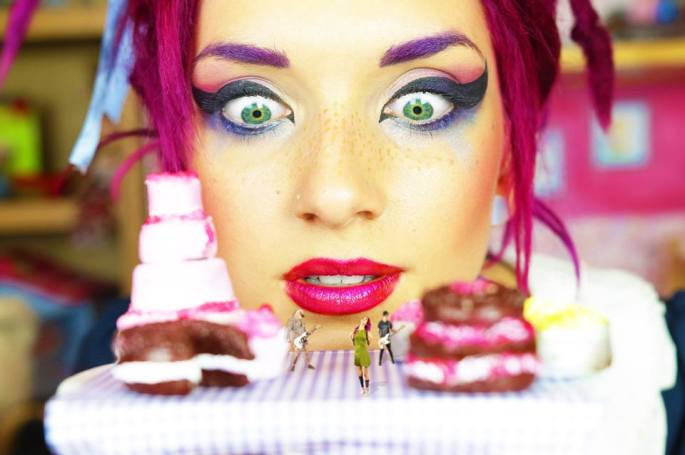 UK alt-rockers Hands Off Gretel have a released a video for their new single, “My Size.”

If the Alice In Wonderland meets Riot Grrrl video is anything to go by, Tate also has a taste for miniaturised band-mates.

The vocalist and songwriter told Loud Noises Magazine: “The song is about knowing the adults will never understand, that they will never see what I see. That’s how I saw it when I was younger, when my mum would tell me to tidy up. It’s a refusal to grow up. It’s a frustration that I felt. It felt really good to smash up the dolls house at the end of the video. I’m like a pissed off little girl. I prefer how children get annoyed, how they stamp their feet, how they stick out their tongue… that’s what it’s all about for me.”

Check out the video for “My Size” below and be sure to grab your copy of the single via iTunes.

Hands Off Gretel are set to record their debut album this year after a barnstorming 2015 that saw the band play London’s legendary 100 Club and be selected from over 3000 bands to play at Camden Rocks Festival.

You can catch Hands Off Gretel on the following live dates:

“My Size” was written by Lauren Tate and produced by Pete Thompson at Flat Wave.