Euphoria Audio have announced a new live show for March.

The band will play a headline set at The Leopard in Doncaster on the 26th before heading in to the studio to begin pre-production on a new EP, a collection that they have been actively demoing over the past few months.

As well as studio time, the guys have a tour planned for 2016 including festival appearances. Details will be announced in due course.

Presented in conjunction with Live Lounge UK, Euphoria Audio’s show at The Leopard will see supports slots from The Leathernecks and Charlotte Taylor. Tickets are £7.50 in advance or £10 on the night and you can grab yours now via liveloungeuk.co.uk

Euphora Audio have spent the past couple of years touring premium US venues and playing a support slot for rock legends Aerosmith in Singapore. The show saw the band play in front of 14,000 baying fans and was streamed across the globe via YouTube. 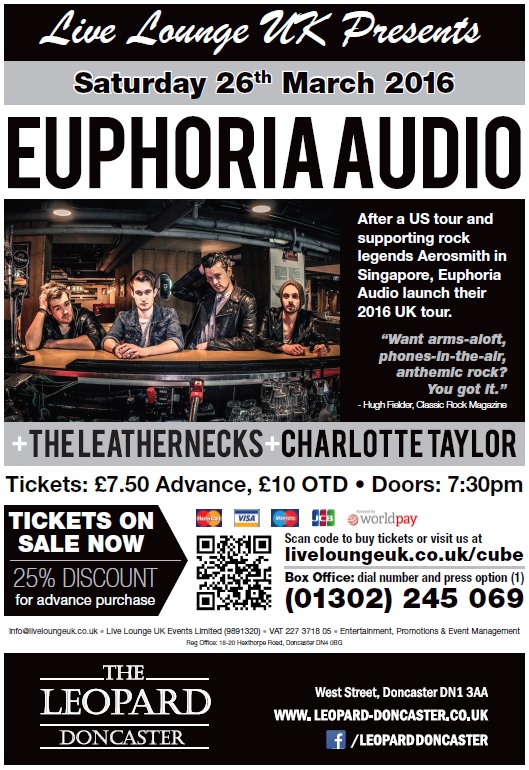