US band Pvris have been announced as support for Bring Me The Horizon’s upcoming show at the Royal Albert Hall.

The sold-out concert takes place on the 22nd of April and will raise funds for the Teenage Cancer Trust, a charity providing cancer-related services for teenagers across the UK. Bring Me The Horizon have already revealed that they will be playing alongside a choir and full orchestra.

Pvris are currently touring North America alongside Fall Out Boy and will head across the pond for their own European dates in April. 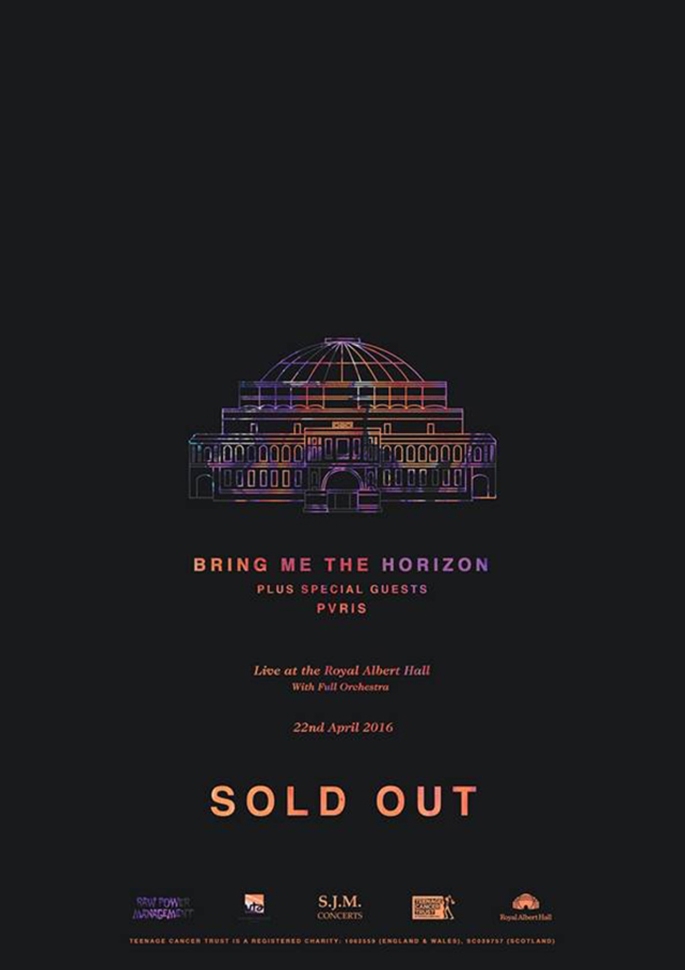