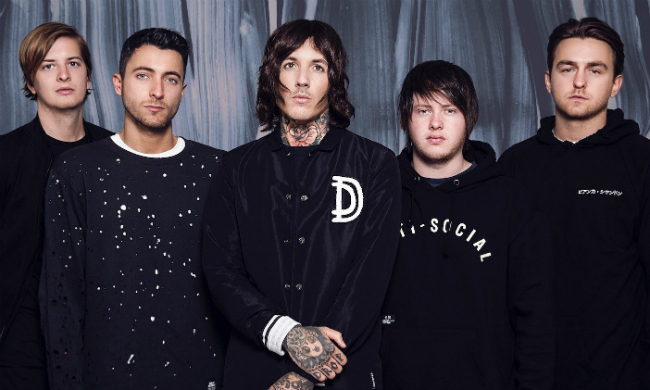 Bring Me The Horizon have shared a gore-splattered clip for their track “Follow You”.

The song is lifted from the band’s most recent album, That’s The Spirit, released last year.

Opening with the words “Love is blind, deaf and fucking dumb,” the clip sees a man cheerfully walking through his neighbourhood listening to the song through his headphones, completely oblivious to the people around him embarking on murderous rampages with automatic weapons, hoards of zombies, collapsing buildings and planes falling out of the sky.

The video was directed by Bring Me The Horizon frontman Oli Sykes and Frank Borin, and you can watch it below.

Please note that the video IS gory and definitely NSFW!

Bring Me The Horizon are currently on a widespread tour. They will return to Europe in April for a series of live shows that include a sold-out date at the Royal Albert Hall where the band will play with full orchestral accompaniment and support from US band PVRIS.