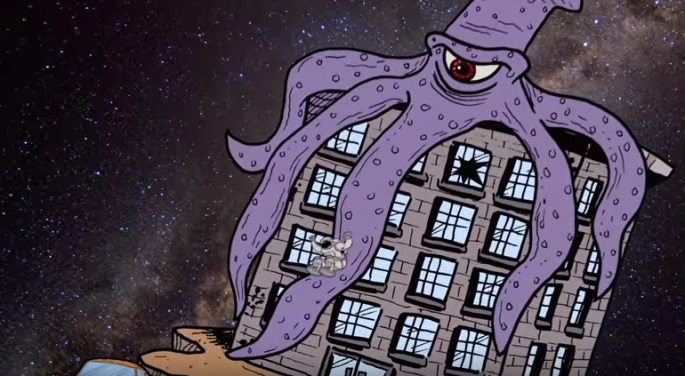 The track is lifted from the band’s new album, Twelve Spells, released this week.

Vocalist Shannon Koehler comments: “If we’ve learned anything from losing some of our favorite artists lately, it’s that you never know when it’s gonna be over. Since we’re lucky enough to be backstage every night drinking beers and considering it as part of our ‘job,’ then I’m gonna make damn sure not to take it for granted. That’s what the song is all about, enjoying the party while it lasts. So when I heard we’d be playing in space suits with two animated/partying astronauts, and my head would blow up at the end, I figured the video was going in the right direction.”

You can check out the clip, directed by Curtis Jaeger, below.

The Stone Foxes’s clattery rock songs have previously been featured within episodes of Sons Of Anarchy and Shameless, and sound-tracked ad campaigns by Jack Daniels, BMW and the season premiere trailer for Ray Donovan.