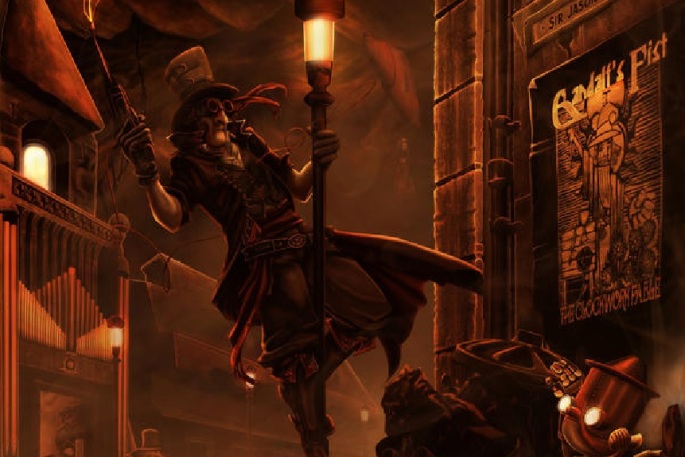 Gandalf’s Fist have revealed the guest list of vocalists and musicians who have contributed to their forthcoming new album, The Clockwork Fable.

The triple-disc LP is set to feature musical performances from Ayreon’s Arjen Lucassen, Dave Oberle of Gryphon, Matt Stevens of The Fierce And The Dead and former Iron Maiden singer Blaze Bayley.

The news comes soon after the band confirmed the names of a host of performers who have played dramatic speaking roles on the release, including Gremlins star Zach Galligan, Early Doors actor Mark Benton and Doctor Who cast member Tim Munro.

Says Gandalf’s Fist frontman Dean Marsh: “It was a real privilege to work with Dave and Matt again, having produced something really special working with them both on the last album. I think we’ve gone one better this time!

“It’s also fantastic to have Arjen on board – it must be nice for him to join an ensemble of musicians for a change, and his performance is simply faultless.

“We approached Blaze early on in the production, so it’s great to finally announce his participation. Playing the sung part of The Primarch, he really bosses a 10-minute epic. It sounds huge and I can’t wait for it to blast everyone’s socks off.”

Lucassen adds: “I had so much fun – the music really inspired me. It really brought out the inner-Gilmour in me, and I guess it turned out quite Floydy. Thanks to Gandalf’s Fist for asking me to be a part of it.”

The Clockwork Fable is set for release on the 1st of May and will feature cover art by Thomas Huth, the man who also created the artwork for Gandalf’s Fist’s 2014 album, A Forest Of Fey.

The Clockwork Fable is available to pre-order now.