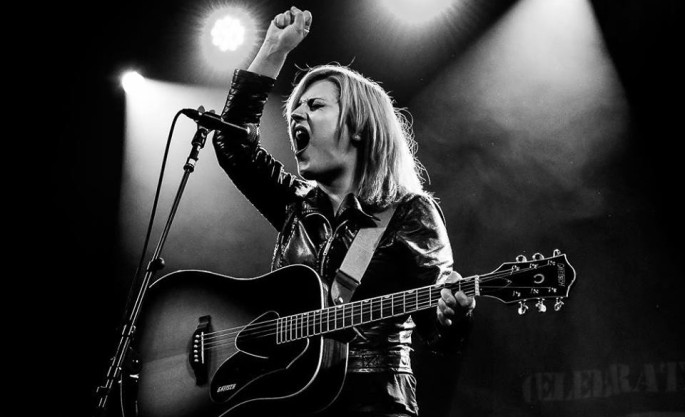 British songstress Louise Distras has announced a series of festival appearances for 2016.

Louise and her band will be playing sets at some of the UK’s most prestigious independent festivals including Camden Rocks, Rebellion and Long Division, as well as the renowned Punk Rock Bowling festival in Las Vegas.

The past three years have seen Distras cutting her teeth across the UK, Europe, Canada and the USA with the likes of Billy Bragg, Buzzcocks, Stiff Little Fingers and The Damned, and taking in festival appearances at Glastonbury and Bearded Theory.

Louise released her superb debut album, Dreams From The Factory Floor, in 2014 and is currently at work recording the follow-up with producer Steve Whale and engineer Pat Collier.

You can catch Louise and her band at the following festivals, with tickets available via louisedistras.co.uk/shows: 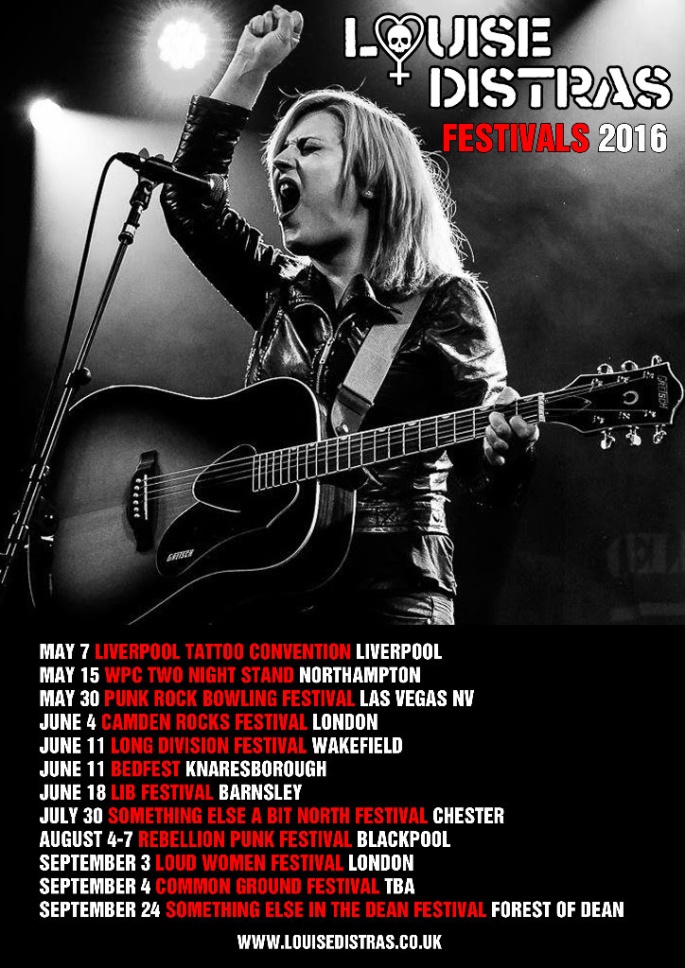 Check out Louise’s most recent video – for her track “Bullets” – below: