The song is lifted from the band’s new album, Everything Is OK, scheduled for release on the 19th of August via Undergroove.

Servers drummer Ant Nettleship says of the new song: “”Spells is about a point in time when you realise you’ve been blinded by outside influence for too long and it’s time to wake up. Everything is OK!”

The band’s taught and sinewy brand of dark and evocative rock n’ roll has seen them hone their craft with appearances at the likes of Guilfest, Hammerfest and touring in support of LA metal legends My Ruin. Their debut album, Leave With Us, also bagged Skin Back Alley’s 2014 Album Of The Year accolade.

Check out “Spells” below.

Servers are set to spend the rest of 2016 gigging and touring, announcing the first in a string of dates to promote the release of their album, as follows:

The track listing for Everything Is OK is as follows: 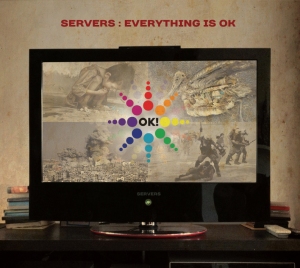