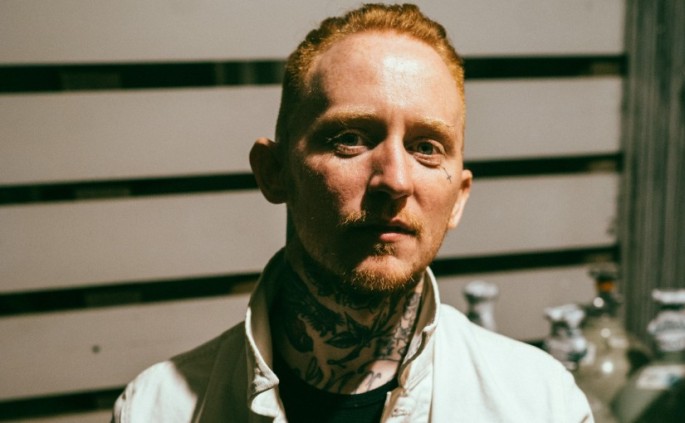 In it the ex-Pure Love and Gallows vocalist discusses safe gig environments, previous bands and health.

The new episode – the Club’s eleventh – is one of the most in-depth yet, talking success, insecurities, and making mistakes.

“I used to be very nihilistic, or at least that’s what people thought but actually the reality is [that] I’m massively insecure. I have been my whole life.” Frank tells Don’t Fret Club.

“I’m a bit more confident now because I’m owning who I am a bit more, I have just taken on more ownership of myself and my actions. I’m a human being; I read stuff that strangers have written about me and it’s f**king hurtful, it’s pretty damaging stuff.”

Even more inspiring is Frank’s positivity and encouragement.

“I’m truly embracing who I am on stage and I have a confidence with that that I never had before.” Frank adds. “I feel like I’ve successfully made the transition from what people expected from me at my shows to what I’m happy to give them.

You can listen to the interview below.

Don’t Fret Club is a new initiative, a crossroads of mental health discussion and music. A not-for-profit podcast, website and communal space of discussion and guest articles (curated and hosted by Jessica Bridgeman). Don’t Fret Club aims to raise awareness of mental health in young people, harnessing the music community to help host an empowering conversation around depression, anxiety and conduct disorders.

Find out more at dontfret.club