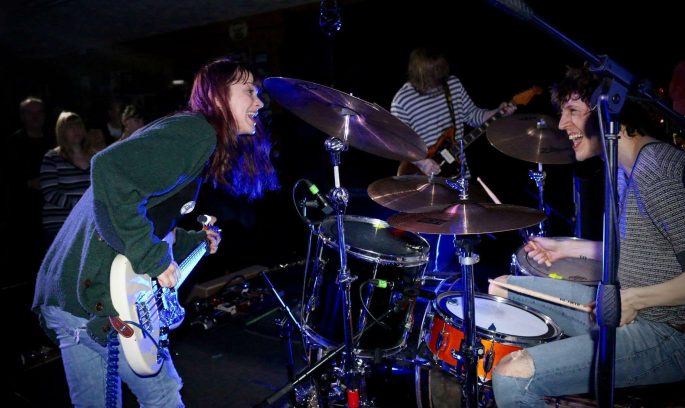 Barnsley 3-piece Bruja have released a new single and video.

“Sweet Milk” sees the band evolve from their early grunge-inflected sound and take a turn towards dream-pop, drenching the music in healthy doses of reverb and placing more emphasis on the melodies that have always been inherent in their work.

The new track is accompanied by a self-produced video starring local Barnsley celebrity Anthony Youel, a pub landlord and artist now famous for concentrating on serving up artwork rather than food and drink.

Filmed by Bruja’s own guitarist Giannis and deliberately evoking static-filled 90’s VHS tape aesthetics, you can check out the milky delight that is the video for “Sweet Milk” below.

2016 was a pivotal year for Bruja, seeing the band play support slots with the likes of Shonen Knife, Leggy, Wussy and Otoboke Beaver and glean radio play from Steve Lamacq, Gideon Coe and Tom Ravenscroft on BBC6 Music. The release of “Sweet Milk” will be followed by new single and video releases along with a new EP later in the year.

You can buy “Sweet Milk” here and stream it here. 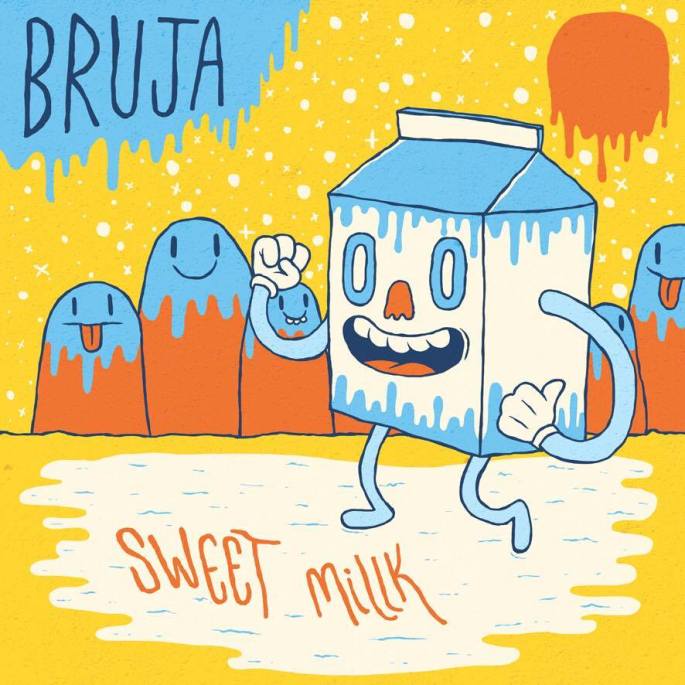