My Ruin, including Matt LeChevalier, who will join the band on drums for their UK tour – Photo (C) ‘The Don’ Jackson Wyatt

LA based metal band My Ruin have vowed to press ahead with their imminent UK tour despite the recent cancellation of this year’s inaugural Alt Fest event.

The Sacred Mood tour, set to celebrate the success of the My Ruin’s latest album of the same name, was built on the back of the band’s scheduled appearance at the festival.

Releasing a statement via My Ruin’s official Facebook page, frontwoman Tairrie B Murphy said: “Whilst Alt Fest has cancelled on all of us, please rest assured that WE are NOT CANCELLING on YOU! However, as I alluded to in a previous post, this will be the last time Mick and I will be touring the UK with My Ruin so if you want to see us, don’t miss out!”

“The whole reason we booked our tour was based around our being asked to play Alt Fest,” Tairrie B continued, “as flights have tripled in price and this guarantee helped immensely, along with the rest of the shows, in terms of our tour budget costs which we fund ourselves.”

“Being that they are now forced to liquidate, this means My Ruin, as well as many other bands (& fans) who have flights & hotels booked for this will be left f*cked and our contracts not honored. To say that we are hugely disappointed about this whole situation is putting it mildly in regards to how we truly feel at the moment.”

“Please make sure to take steps to get your Alt Fest refund so you can hopefully join us on one of our following headline dates. Let’s keep it sacred and celebrate our latest record together by making this last tour one to remember. Thank you for your continued rock love and support!”

Support on the tour will come from UK metal band Sanctorum, who are set to release their new album Old Ghosts/New Wars on the 1st of September. The London date on the 16th of August will also see a very special exclusive appearance by guitarist Mick Murphy’s instrumental side project, Neanderthal.

Meanwhile, just announced are UK metal band SERVERS, who will join My Ruin for their show on the 21st of August at The Fleece, Bristol. SERVERS boast former GU Medicine frontman Lee Storrar amongst their line up, and released their debut album, Leave With Us, earlier this year.

As part of The Sacred Mood tour, My Ruin will play:

Watch the official video for My Ruin’s song “Heretic Dreams” below: 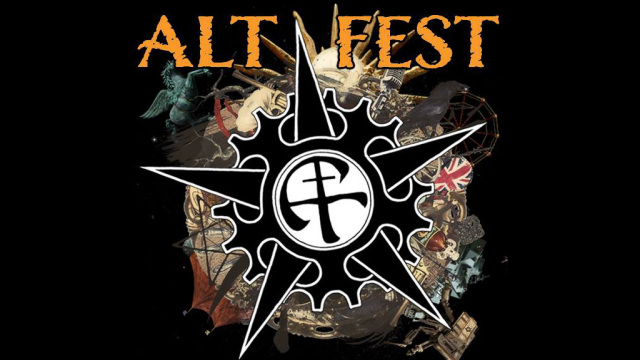 All the indications are that this year’s inaugural AltFest, the crowdfunded festival promoting alternative culture, has been cancelled.

Rumours went viral when Simon Hall of UK metal band Beholder spoke of the alleged cancellation: “I got confirmation via text message but also spoke with some of the main stage acts and they’ve also been told.”

“We were open to this whole thing and extremely excited about headlining – but it leaves me hollow to think so many fans, traders and support staff will end up losing out.” Beholder were due to headline the Sophie Lancaster Stage.

Marilyn Manson has changed the status of his Facebook gig listings to show his AltFest appearance as “cancelled”, and members of a number of other bands who were scheduled to play say that they have also been told that the event is off.

Tairrie B Murphy of LA metal band My Ruin took to the band’s Facebook page yesterday saying: “Our agent has been trying to get a confirmation on whether these rumors are true or not from the festival organizers but has had no response.”

“Trust us, we hope this is NOT true because we know so many of you have plans to see My Ruin at this event and we do not want to disappoint our friends and fans… Please rest assured that we will NOT be cancelling the rest of our tour. We are still planning to rock the rest of the dates and OUR SHOWS WILL GO ON AS PLANNED come hell or high water!”

Rob Ferguson, a promoter at Transcend Music who had several of his artists due to play at the festival, tweeted yesterday: “Well, what a surprise. Alt-Fest is no more. I feel extremely sorry for all those who will undoubtedly lose money. Bad times.”

AltFest was due to take place in just over two weeks time between August the 15th – 17th in Kettering, UK, billing itself as “the international celebration of alternative music, art and culture.” The event raised £61,762 via a KickStarter campaign last year, but it is now believed that organisers failed to raise the rest of the funds needed to cover costs.

A number of band reps have been reporting that their expected advances have still not been paid, but so far there has been no official word from the festival team. As late as yesterday, when rumours about the festival’s collapse were in overdrive, AltFest’s Facebook page was still being updated with news about coach travel packages for fans from Wales.

Over 170 artists and traders had been booked for the event. It is not currently known what will happen regarding refunds for fans who have already paid for tickets.