Here are the new and notable music releases for this week, 28th July 2014! 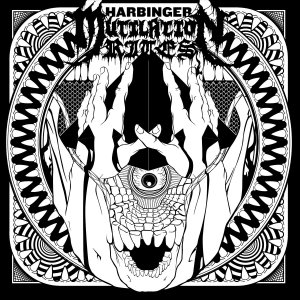 All of the above and many more are available via the Skin Back Alley Music Store, powered by Amazon A-Store.

Blues Pills are streaming their eponymous debut album in full ahead of its release next Monday.

You can hear all 10 tracks of the band’s epic, psych-tinged, bluesy rock n’ roll below.

Blues Pills’ members hail from the US, Sweden and France. Speaking of their cover of Chubby Checker track “Gypsy” that features on the album, the band said: “We used to play it at soundcheck, then, slowly, it worked its way into our setlist. Back in the day, a lot of bands covered each other for the right reasons. We wanted to honour Chubby and bring the song back to life the Blues Pills way.”

The album’s cover was designed by renowned artist Marijke Koger-Dunham. Said the band: “She painted it some time in the late 60s, and because we were looking for 60s-inspired work, we thought, ‘What could be better?’ For us it’s a representation of the balance of life – darkness and light, sun and moon. It shows how opposite forces are interconnected. And besides that, it looks amazing.”

Blues Pills is released via Nuclear Blast and is available for pre-order via Amazon and iTunes.

The full tracklist for the album is as follows: