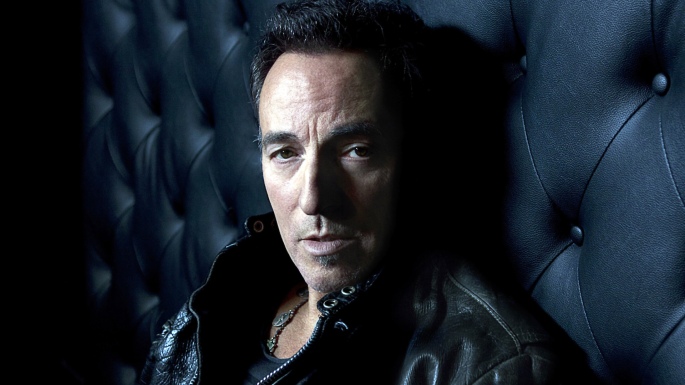 To commemorate 30 years since the release of Born In The USA, the UK’s Telegraph music critic, author and pundit, Neil McCormick has pulled together a list of Bruce Springsteen’s albums, ranking them all from worst to best.

As McCormick acknowledges in his article, all things Springsteen are relative: The Boss’ worst are often better than others’ best. As declared devotees of Springsteen’s music here at Skin Back Alley, we’d take exception with some of McCormick’s ordering (Wrecking Ball at No.3? Really?!) but would definitely agree with his No.1 choice.

As the Telegraph’s intro editorial notes about Born In The USA: “…its mix of anthemic socio-political rock and songs of personal struggle, bolstered with snappy pop melodies and dynamic production, helped to make it the biggest selling album in the world in the year of its release. With more than 30 million satisfied customers to date, it remains the biggest selling of his long career. But is it really his best ever?”

McCormick clearly doesn’t think so. He ranks all 18 of the New Jersey-ites albums as follows:

Says McCormick of his choice of Darkness On The Edge Of Town as The Boss’ best work: “It’s a kind of concept album of American failure, life in the “Badlands”, where “Adam Raised A Cain”, where wasted youth are “Racing In The Streets”, staging failed escapes in search of “Something In The Night”… It is his first great work of maturity. Everything that Springsteen has achieved since is signposted on this masterful collection.”

Read McCormick’s thoughts on each and every album here. What do you think of his rankings? Comment below or send us an e-mail and let us know!

Bruce Springsteen is to have his own online museum.

Blindedbythelight.com is set to launch in June to coincide with the 30th anniversary of the rock legend’s Born In The USA album. Over 300 items will feature in the initial collection, ranging from vintage concert posters to sheets of hand-written lyrics. More items will be added over time.

The site’s creator, Michael Crane, has said that the museum will run contests every six months or so, with signed album artwork being offered as a prize for the first competition.

Springsteen is currently touring in the USA, and recently performed a 40 year old song, “Linda Let Me Be The One”, live for the first time ever. He also released a four track EP, American Beauty, for Record Store Day on the 19th April, and you can watch the video for the title track below.