Prophets of Rage, the collective featuring former members of Rage Against The Machine alongside Public Enemy’s Chuck D and Cypress Hill’s B-Real, have announced a one-off LA show taking place tonight (31st May)!

In a post on the Prophets Of Rage Facebook page and in an e-mail sent to the group’s e-mail list, the band say: “Prophets Of Rage combines the sonic firepower of Rage Against The Machine, Public Enemy and Cypress Hill. We can no longer stand on the sidelines of history. Dangerous times demand dangerous songs. It’s time to take the power back. It’s time to make America RAGE again.”

The live show will take place at LA’s Whisky A Go Go at 8:30pm tonight, with proceeds from the show going to P.A.T.H. (People Assisting The Homeless).

Tickets are available via the Whisky A Go Go box office from 10am today priced at $20 each, cash only. If you want to get hold of a ticket you’ll need to turn up in person and only one ticket per person is allowed. Doors will open tonight at 7pm!

Connect with the band via their official Facebook page. 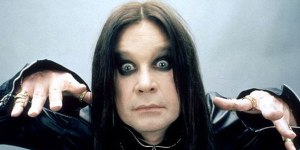 Ozzy Osbourne is reported to have started a fire in the family home whilst attempting to make a bacon sandwich.

Firefighters were called to the Osbourne’s house following Ozzy’s late night snack. Sharon Osbourne later referred to the incident via her Twitter account: “I’m in London, @OfficialOzzy is in LA making a bacon sandwich last night and the fire brigade ended up at our house!!”

“We put a stop on. We didn’t think Ginger would have been… we didn’t want to go into the studio and have, um, problems.”

Ultimately the group called upon the services of Rage Against The Machine sticksman, Brad Wilk.

“We did try some big name drummers – some very big name drummers. They were great, but Rick particularly suggested Brad. He did work hard; he was thrown into the deep end and he was very nervous. He got used to us, our jokes, the way we prank around.”