This year’s Camden Rocks festival has just grown even bigger, with organisers announcing that Las Vegas rockers Escape The Fate have been added to the bill.

They’ll be joining the likes of Hands Off Gretel, Louise Distras, Young Guns, We Are The Ocean, InMe, Ginger Wildheart, New Years Day and SikTh, alongside The Virginmarys, Warrior Soul, As Lions,The Dirty Youth, Shvpes, Queen Kwong and Forever Never.

Escape The Fate frontman Craig Mabbitt says: “We are very excited for Camden Rocks. I absolutely love London and to see it swarming with acts at all these venues on one day is gonna be a great experience! All I can say is thank you for having us be a part of this, and I can’t wait to enjoy the night with everyone involved!”

Packing in over two-hundred bands across twenty of Camden Town’s most prestigious music venues, Camden Rocks will take place on Saturday the 4th of June, 2016. Tickets are just £35 plus booking fees and are available here.

Over 80 bands are still to be announced and we’ll bring you more news as we have it!

Camden Rocks festival have confirmed a host of new acts for 2016 including Billy Bragg and Carl Barat & The Jackals.

Over 200 bands will be performing at venues across London’s Camden Town for this year’s event, taking place on Saturday the 4th of June. Other new acts confirmed for the festival include Creeper, the Sex Pistols’ Glen Matlock, CC Smugglers and Tellison.

Billy Bragg will be in conversation about his new lyric book, A Lover Sings, with Daniel Rachel, acclaimed author of Isle of Noises: Conversations with Great British Songwriters, punctuated with songs and Q&A in what promises to be a very special performance.

“Its great to be taking part in Camden Rocks this year and I’m really looking forward to discussing my lyrics and playing a few songs,” says Bragg. “Camden remains at the heart of where generations of new music got its start and I’m proud to be a part of that tradition.”

Every prior Camden Rocks festival has sold out and 2016 looks to be no different!

Tickets are available now via camdenrocksfestival.com.

Yorkshire acts Louise Distras and Hands Of Gretel are among the first batch of artists announced to play at his year’s Camden Rocks festival.

The 2016 event is set to take place on Saturday the 4th of June across numerous venues in Camden. More than 200 bands are set to appear, with the first 50 revealed today.

Distras and Hands Off Gretel will both be playing alongside the likes of Sikth, Ginger Wildheart, SHVPES, Evil Scarecrow, Warrior Soul, Jim Jones And The Righteous Mind, Queen Kwong, Forever Never, As Lions, New Years Day and The Dirty Youth.

The festival marks its fifth year in 2016. Says Camden Rocks organiser Chris McCormack: “It’s great to see punters and bands from all genres come together to celebrate the best of live music.

“The energy across the day is electric and does Camden’s rock’n’roll heritage proud.”

Tickets for the festival are available now. 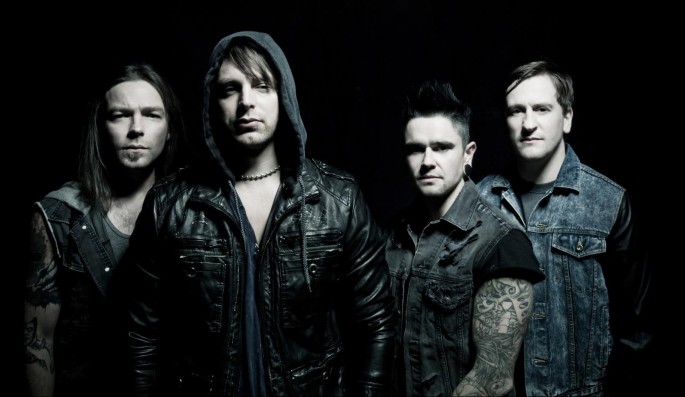 Bullet For My Valentine have been confirmed as headlining this year’s Camden Rocks festival.

The news has been kept under wraps until now, with rumours of a secret headliner circulating for some time. The Welsh metallers will play their set at Camden’s Electric Ballroom on the 30th of May.

Says BFMV frontman Matt Tuck: “We wanted to create a shit-storm, really! Hopefully it’ll be the perfect start to the album cycle and we can play some new songs and make a cool event out of it. The festival itself has a good vibe anyway, but with us being there at such late notice… It’s going to be chaos.”

In the meantime, the band have also announced a mammoth UK tour for later this year. You can check out the confirmed dates below.

Bullet For My Valentine’s new album, Venom, is due for release on the 14th of August. The band recently shared a lyric video for new track “No Way Out” and confirmed that Jamie Mathias has joined the band as bassist, replacing the departing Jay James.

“It wasn’t easy revisiting some very dark places to come up with lyrical content for this one,” says Tuck, “but once I knew where it was heading and I was comfortable with letting certain things out – all hell broke loose. It’s easily the most aggressive record we’ve ever done and lyrically it will no doubt touch a nerve with a lot of people that listen to it. I cannot express enough how proud I am of it, and can’t wait for everyone out there to hear it too. We’ve reinvented who we are and are ready to take on the world once more.”

Buy your Camden Rocks tickets here and check out BFMV’s video for “No Way Out” below.

Bullet For My Valentine’s confirmed UK tour dates are:

Tickets go on sale this Friday.

Ginger Wildheart and Fearless Vampire Killers are amongst a slew of names announced for the upcoming Camden Rocks event.

Also joining them will be the likes of Devil Sold His Soul, The Subways, The Blackout, Hacktivist and Reverend and The Makers.

The festival takes place in and around Camden on Saturday 31st May in venues such as Electric Ballroom, Underworld and Barfly. Tickets are £25 in advance.

Check out full details below: