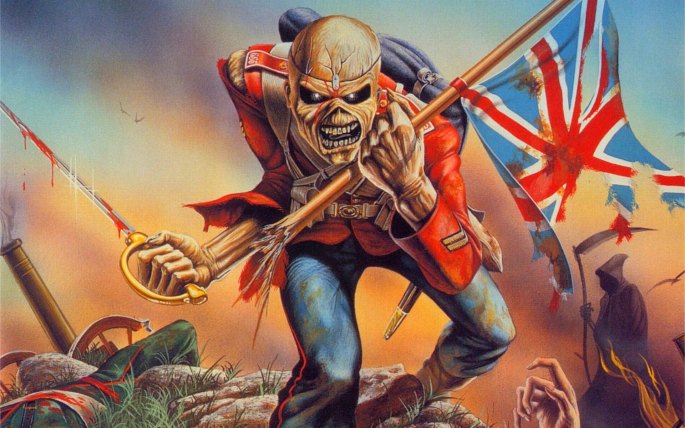 Iron Maiden’s Trooper beer will go on sale in the USA in January.

Rather then being presented in the bottles familiar to punters in the UK, the beer will be sold in 500ml ‘tallboy’ cans.

The beer was first launched in the UK by Robinsons Brewery in 2013. Says Managing Director of the brewery Oliver Robinson in interview with the Manchester Evening News:

“At the start of the millennium only a handful of small North American producers were canning their beers.

“Today, it’s the biggest growth area in the US craft industry with more than 400 US craft breweries all electing to can their beers rather than bottle, and I have a sneaky suspicion that a canned comeback could be on the cards for the UK as well.

“There are many reasons for the rise in canned beers, but ultimately it boils down to the fact that there’s something rather cool about a premium beer in a can.”