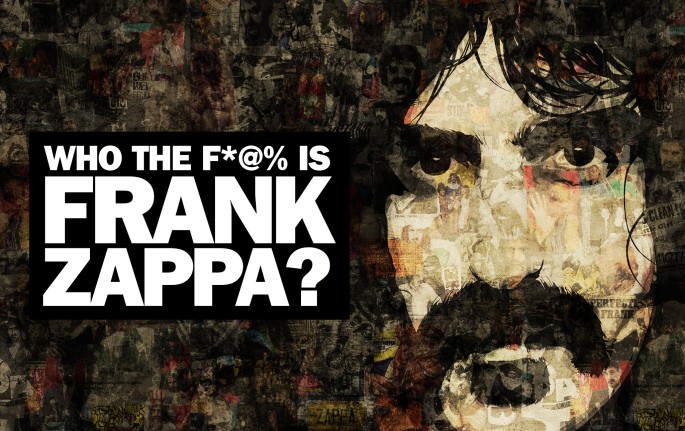 Acclaimed filmmaker Alex Winter is turning to fans to help make the first definitive documentary about the life of iconoclastic musician, artist, and revolutionary Frank Zappa.

But Winter’s real goal is far more ambitious: This morning he launched a crowdfunding campaign via Kickstarter not only to fund the film, titled Who the F*@% Is Frank Zappa?, but to catalog and preserve Frank’s at-risk archives, known as “The Vault.”

Director Winter and Glen Zipper (producer of the Academy Award® winning Undefeated) are the very first people outside the Zappa family to be given access to The Vault, a vast repository of never-released media (video, film, unreleased music, interviews, concert recordings, and more) from and by Frank, which has literally been locked away in a chamber beneath the Zappa family’s Hollywood Hills home since Frank’s death. 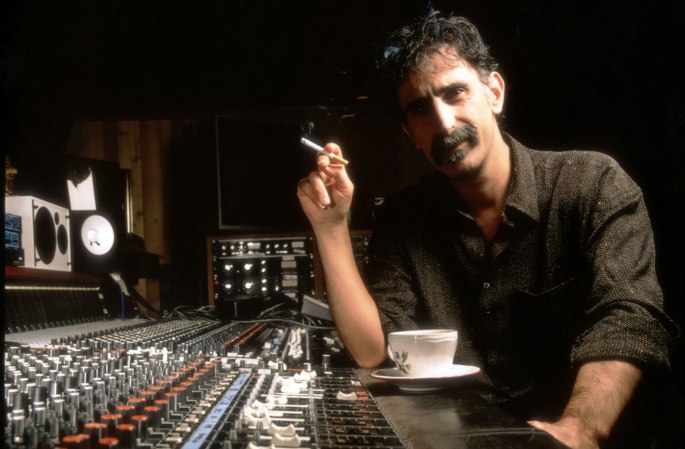 Zappa at the UMRK studio, Hollywood circa ’89/’90
(photo courtesy of the Zappa Family Trust)

Before her passing, the notoriously discerning Gail Zappa granted the team unprecedented access to Frank’s life and archives, and said, “We couldn’t be happier to be working with Alex, an extraordinary filmmaker in his own right. With an advanced degree in perfect timing and a shared respect for conceptual continuity, we feel it is our duty.”

The Kickstarter campaign’s minimum goal of $500,000 is enough to digitize the critical parts of the archive and start production, but surpassing the goal promises faster completion of the film, plus more fan access to Vault contents. Backers can claim rewards such as a screen credit on the finished documentary, a visit to the Vault, an opportunity to play one of Frank’s original guitars, or even — for a big enough contribution — Frank Zappa’s house. That’s right, for a cool $9 million pledge on eBay, one superfan can have the ultimate reward: Full ownership of the 8,000-square-foot Zappa family estate, along with an Executive Producer credit on the documentary and a slew of other Zappa rewards.

Winter describes the film as “an epic saga of a great American artist and thinker; a major film event worthy of the scope of Zappa’s prodigious and varied creative output, and the breadth of his personal and political life.”

Find out more via Zappamovie.com 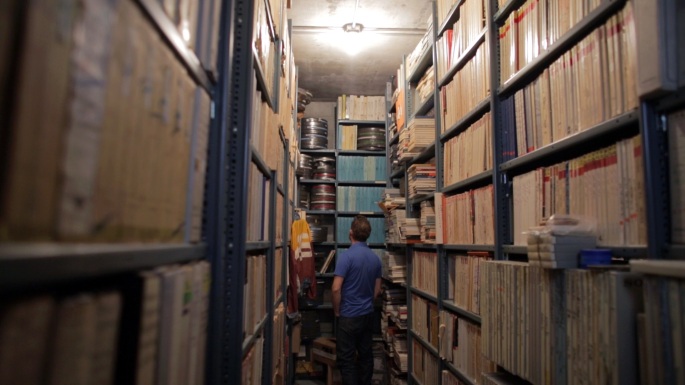 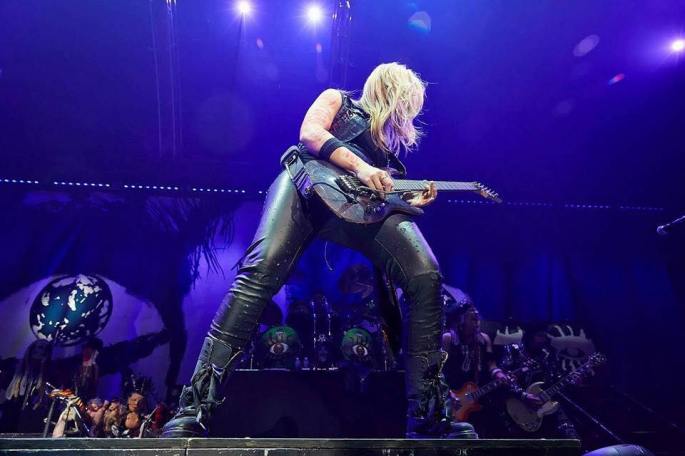 A new documentary film is aiming to shed light on the accomplished musicians who carve out their careers away from the spotlight.

Hired Gun is directed by Fran Strine (Dolly: Live in London, The Making of Staind, Battlefield of the Mind) and according to the filmmakers is “a compelling film about a unique fraternity of musicians that possess uncommon musical ability, but who made a conscious decision to make a living playing music in relative obscurity. Occasionally, one of them makes the big time and becomes a star in their own right.”

The film is set to feature interviews with a number of rock and metal musicians who have made their living supporting their more famous brethren, or who have remained in relative obscurity whilst completing their own projects.

Nita Strauss recently discussed her life as a female guitarist in interview with MetalLife, touching upon Hired Gun along the way:

“There’s been a lot of movies about backing singers and showing different sides of all different professions,” she says.

Strauss, Phil X, Jason Hook, Rudy Sarzo and David Ellefson also discussed the film recently with Brian Sword for his The Double Stop podcast. You can listen to the interview from NAMM 2015 below:

Hired Gun is expected to be released in late 2015. 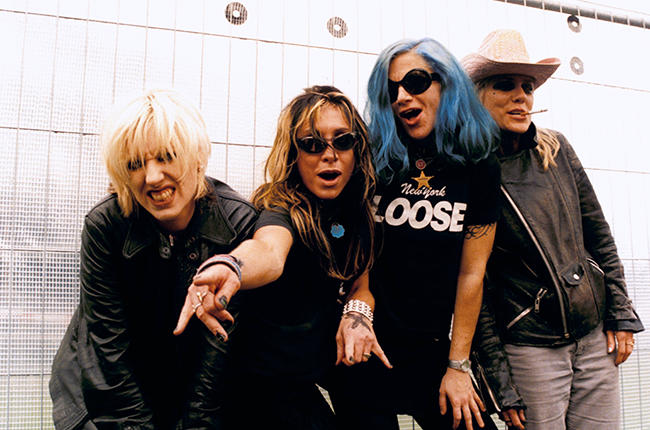 Unless you’ve been living under an alt-rock, well, rock… you can’t fail to have noticed that L7 have announced their reunion.

The seminal all-female group will be playing a set at this year’s Download festival at Donington Park in the UK; their first since they split up in 2001.

They also be playing at Azkena Rock Festival in Spain and Hell Fest in France, with more shows to be revealed.

“It’s going to be a blast playing Download Festival this year,” said frontwoman Donita Sparks. “We can’t wait to see all of our maniac rock and roll mates in the UK again. Reunited, and it feels so good! See you there!”

The band have also begun a Kickstarter campaign to fund a documentary film, L7: Pretend We’re Dead, to be directed by Sarah Price. “The film takes viewers on an all access journey into the 1990’s grunge movement that took the world by storm and the band that helped define it as the genre of a generation,” reads a press release.

“Culled from over 100 hours of vintage home movies taken by the band, never before seen performance footage, and candid interviews, L7: Pretend We’re Dead chronicles the early days of the band’s formation in 1985 to their height as the ‘queens of grunge’ and follows a roller coaster ride of triumphs and failures. It offers particularly revelatory insight into the band’s eventual dissolution in 2001.”

The band announced their reunion with a short video that you can watch below: 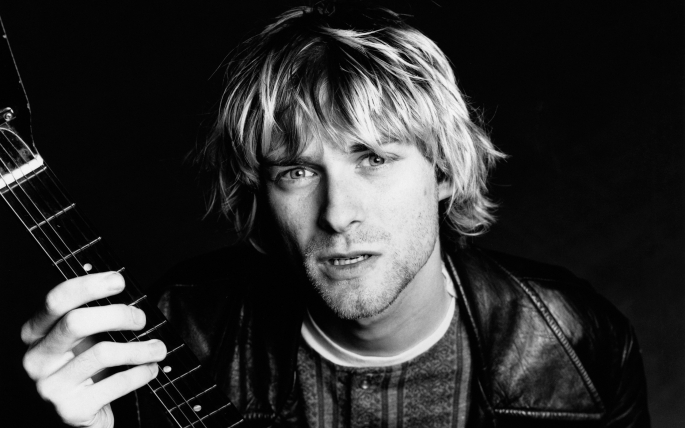 HBO’s forthcoming documentary about the late Nirvana frontman Kurt Cobain will be accompanied by an official book it has been announced.

The book will share the name of the film, Montage Of Heck, itself based on the name of a mixtape put together by Cobain and circulated widely online last year.

A press release about the book says that it will feature exclusive interviews featured in the film plus a mixture of animation stills, rare photography, and other images from Cobain’s personal archive. Director of the documentary, Brett Morgen, will also make a contribution.

Montage Of Heck will be broadcast in the UK on HBO in April, with the film being given a nationwide cinema release at the same time.

Meanwhile it has also been reported today that online retailers have stopped selling clothing lines that featured the entirety of Kurt Cobain’s suicide letter printed on them. The move comes following an online campaign by Nirvana fans to halt the sale of the goods. 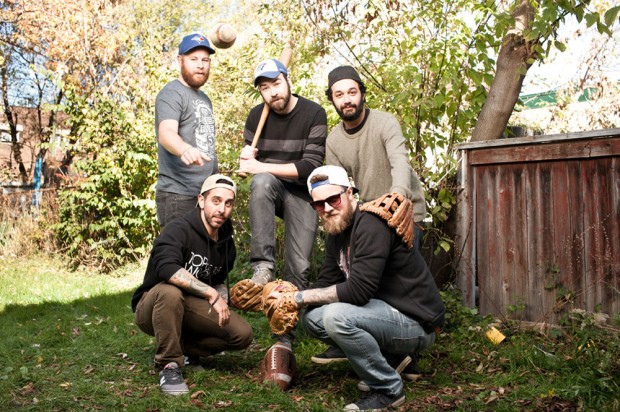 Protest The Hero are the first band to be featured in a new documentary series charting life on the road.

Ghosts Of The Road was created by FreqsTV, and the Canadian rockers are the subject of the very first episode.

Say FreqsTV of the show: “Ghosts Of The Road is an intimate day-in-the-life-of portrait series, featuring some of today’s top rock and metal acts as they navigate a rigorous life on the road.

“This landmark series offers more to fans than the mic-in-the-face interview and will go backstage to take a more personal look at what it takes to bring the rock to the masses.”

You can check out footage from the first episode of Ghosts Of The Road below: