Epica have released a video for their track “Victims Of Contingency.”

The song is lifted from their album The Quantum Enigma.

The symphonic metal band’s sixth album was released in May on Nuclear Blast records and is the first to feature new bassist Rob van der Loo.

Check out the video for “Victims Of Contingency” below!

Metal veterans Machine Head have announced a 21 date US tour, with support coming from heavyweights such as Children Of Bodom, Epica and Battlecross.

Machine Head frontman Robb Flynn said: “Machine Head raised the bar with concert production for 2012‘s Locust tour, and now we plan to raise the bar again with our biggest US show yet, and the strongest lineup out there for 2014, period. This is a must-see event for any heavy metal fan in America.”

“I am stoked that we were able to join up with our friends in Children Of Bodom, one of the premier power metal bands of our time, and our friends in Battlecross, who we toured with on Mayhem last year, and are going to bring the old-school thrash vibe. Epica’s symphonic metal will add a touch of much-needed class to the drunken shenanigans that will surely take place on this raucous tour.”

Children Of Bodom singer Alexi Laiho said he’s looking forward to being able to get vocal points from Machine Head mainman, Flynn: “We’ve rolled with Machine Head quite a few times in the past. My best memories are kick-ass shows, parties, camaraderie and vocal coaching from Robb Flynn way back in 2008, so I think we’ll have a good time tearing it up all over North America. Not a bad way to end the long and non-stop tour cycle for Halo Of Blood.”

The tour kicks off in Denver on the 4th of October and draws to a close in Hollywood on the 1st of November.

The worlds of metal and gaming are to join forces once again with the forthcoming release of the platform adventure game, Karmaflow: The Rock Opera Videogame.

Arch Enemy’s vocalist Alissa White-Gluz, Cradle of Filth’s Dani Filth, Simone Simons of Epica and Marc Hudson of Dragonforce are all set to lend their musical and vocal talents to the game that sees the story being told through the use of rock and metal music.

The orchestral score is performed by the Metropole Orkest – purportedly the world’s largest pop and jazz orchestra. Members of Textures and Within Temptation are also involved in the game, which sees the style of music alter and change depending on the gamer’s style of play.

An album version of the game’s score will be released in October this year, with the game itself due to follow for PC and Mac in early 2015.

The game has been developed by students at the Utrecht University Of Arts in the Netherlands, and you can watch the trailer for it below:

Epica’s frontwoman, Simone Simons, has admitted that she laughs when she listens to the band’s debut album, The Phantom Agony.

But the Dutch vocalist says she’s proud of Epica’s evolution over the past 11 years, and she wouldn’t change a thing about their progress over the course of their career.

Speaking to CrypticRock Simons said: “”When I listen back to the first record I laugh, because we sound so young and naive. But it also had something magical about it – many fans says it’s their favourite Epica record, even though we don’t sound like that any more.”

“We’ve added new band members who have contributed to the sound,” she continues. “The goal for each record is to be better than the previous record.”

Epica’s sixth studio album, The Quantum Enigma, was released last month via Nuclear Blast records. Epic is about right, as according to the band the album is about “…the most mind-bending scientific proof in all of quantum physics; [namely] that our physical environment is directly influenced by our consciousness”.

“Everyone has their own special memories attached to each record – I have the same,” concludes Simons.

Epica are currently on tour in Europe, and return to the UK on the 6th of December for a show at The Forum in London. 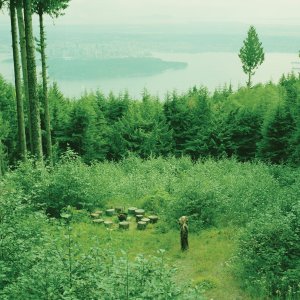 Death Cap At Anglezarke, Then Thickens

All the above and many more are available via the Skin Back Alley Music Store!