Extreme’s new album will definitely be recorded this Autumn according to frontman Gary Cherone.

The band had previously said that the album would be out during 2014, but the year passed without a new release.

Guitarist Nuno Bettencourt said last week that the follow up to 2008’s Saudades De Rock was coming along “slowly but surely.”

Speaking with SiriusXM, Cherone now says: “We’re all feeling the pressure of putting out something new.

The band have been touring heavily celebrating the 25th anniversary of breakthrough album Pornograffitti, with Cherone commenting: “That’s all been great. Obviously, this summer, you take advantage of the season with festivals.”

But he adds: “It’s about all of us getting in a room to record – and that’s in the fall. We’ll find time to do it. We’ll be ready. The songs will be there.”

Extreme have released details of a deluxe reissue of their classic album Extreme II: Pornograffitti (A Funked Up Fairytale).

Originally released in 1990, the new 2CD deluxe set will feature the original albums plus a selection of remixes, B-sides, edits and acapellas. Across the two discs there will be no less than four versions of the band’s hit single “More Than Words.”

Extreme are currently on tour celebrating the 25th anniversary of Pornograffitti. Guitarist Nuno Bettencourt said recently that the band are hoping to release a new album during 2015.

The full tracklist for the deluxe edition of Pornograffitti is: 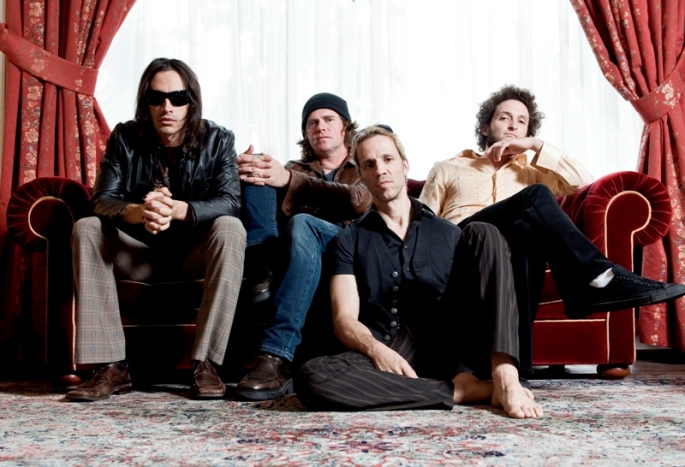 Extreme guitarist Nuno Bettencourt has confirmed that the band are working on a new album, and that they hope to release it by the end of the year.

The US rockers are about to embark upon a series of gigs in the UK, playing their breakthrough album, Pornografitti, in full.

Said Bettencourt: “This is the first time we’ve ever gone on the road without new music – and I’m kind of embarrassed about that, to be honest.

“Doing the Pornografitti album gives you a bit of an excuse. But we’re definitely working on stuff and by the end of the year we should have a new album in.”

You can watch a trailer for the Pornografitti Live tour below:

Extreme’s last album was 2008’s Saudades De Rock. There is no official title or release date for the follow up yet, but Bettencourt says it will definitely be a full length album rather than an EP.