Faith No More have released a video for their track “Separation Anxiety.”

The song is lifted from Sol Invictus, the band’s new album released earlier this year and their first since 1997’s Album Of The Year.

Says FNM bassist Billy Gould: “When we split up, we explored what we could do on our own. During that time, we each developed what was a natural part of ourselves. Now, coming back, we have a wider perspective so we can do things we didn’t even think of back in the day. If we were to decide to do country-western music, it would still sound like a Faith No More album. Together we have a strong collective identity, and when we work together it makes its own animal.”

You can check out the video for “Separation Anxiety” – which features footage from the 1955 film Dementia (also known as Daughter Of Horror) – below:

Here are the new and notable music releases for this week, 18th of May 2015:

Faith No More have confirmed that they will play two live shows following their appearance at this year’s Download festival.

The band will play gigs at Glasgow’s O2 Academy on the 14th of June and London’s Roundhouse on the 17th of June following their main stage set at Download on the 13th of June.

Faith No More released their new album, Sol Invictus, on the 18th of May. Keyboard player Roddy Bottum said of the new LP: “I can only say it sounds like us and it doesn’t – in the best possible way. You know what to expect, and we are going to honour that expectation the only way we know how.”

Tickets for the two new UK shows go on sale this Friday 17th of April at 10am. 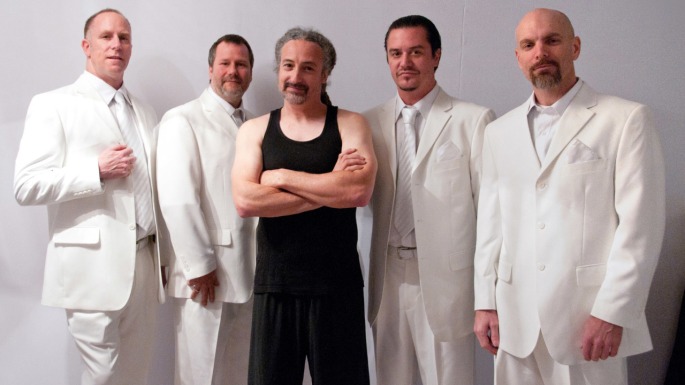 Faith No More have released a stream of new track “Superhero”.

The song is lifted from the band’s fortcoming new album, Sol Invictus, scheduled for release on the 9th of May.

FNM keyboard player Roddy Bottum said of the new material: ““I can only say it sounds like us and it doesn’t – in the best possible way. You know what to expect, and we are going to honour that expectation the only way we know how.”

Check out the stream of “Superhero” below and let us know what you think!

Faith No More have released their first new song in 17 years.

Lifted from the band’s new album, “Motherfucker” has been premiered on the Rolling Stone website.

In interview with Rolling Stone, bassist Bob Gould reveals that the new album will be produced by Gould himself, and released via the bands own label, Reclamation Records.

Says Faith No More keyboard player Roddy Bottum of the new track: “It feels apt that the first track we’re releasing is ‘Motherfucker,’ a song about accountability. Basically we’ve created, recorded and mixed a new body of work by ourselves and we’re releasing it on our own label. It’s a huge deal for us to only have ourselves to answer to at this point in our career and the song is about that, where the buck stops via the basic imagery of foie gras production, bondage. . .y’know, stuff like that.”

Faith No More disbanded in 1998 but are now back together. “Motherfucker” will be released as a 7″ single on Black Friday, the 28th of November. The record, limited to 5,000 copies, will feature a B-side remix of the track.

You can listen to the track now over on RollingStone.com