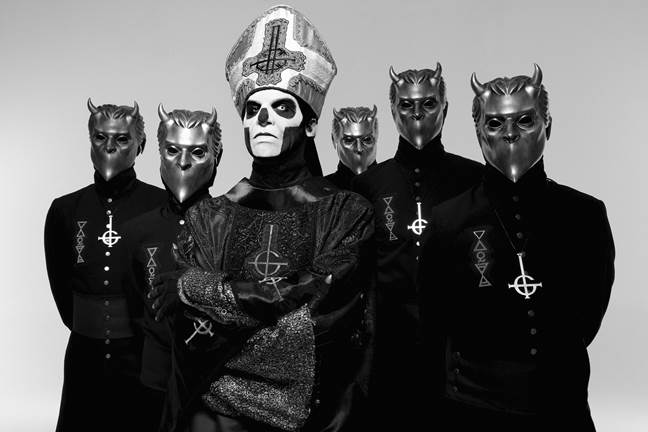 Ghost have revealed details of a unique London show for 2016.

The band will return to the UK on the 2nd of March for what they are describing as an “extremely special” seated show at London’s legendary Palladium theatre.

The London Palladium first opened its doors on Boxing Day 1910, and has since been home to many of the theatre world’s most famous productions, including The Sound Of Music and CATS, plus one of UK TV’s most watched programmes, Sunday Night At The Palladium.

Ghost will be presenting a one-of-a-kind experience fully exploring the music, the visuals and the core elements they stand for.

The band are currently part way through a full European headline tour, hitting British shores in December to continue to spread their message. Their latest album, Meliora, was released via Spinefarm Records earlier this year.

Tickets for Ghost’s Palladium show go on sale tomorrow and are available here.

Ghost will play the following UK shows in December:

Ghost have shared a lyric video for their track “He Is.”

The song is lifted from the band’s most recent album, Meliora, released earlier this year via Spinefarm.

Speaking recently to the UK’s Metal Hammer magazine, one of Ghost’s nameless ghouls said: “Some people are talking about this song as something of a surprise – but I’ve never seen it as a wild card, and I’ve been hearing it for a number of years.

“It was actually written for a different purpose, with a slightly different title, several years ago. The fact that it’s been existing in our little circle of friends for quite a while says a lot about the quality of the song. It’s never gone away.”

Ghost are currently on tour in Europe, returning to the UK for a series of shows next month. 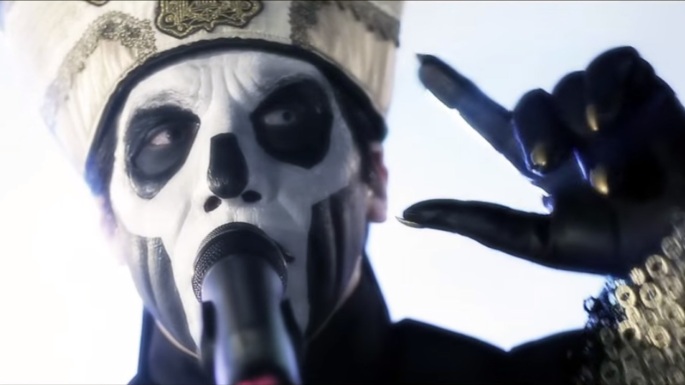 Deezer have heralded the performance as the first metal session that they have produced. Other bands that have recorded for the series include Royal Blood and Phoenix.

Ghost played three songs from their most recent album, Meliora: “From The Pinnacle To The Pit”, “Cirice” and “Absolution.”

The band are set to play several dates in the UK in December as part of a wider European tour:

Ghost have shared a video for their track “From The Pinnacle To The Pit.”

The track is lifted from the band’s most recent album, Meliora, released last month via Spinefarm Records.

Following their headline performances on The Pit Stage at this year’s Reading & Leeds Festivals, Ghost have confirmed the UK leg of their upcoming headline European tour; this will be the first time the band has headlined shows in the UK under their own name alone, so those attending are being warned to prepare themselves for the full Ghost experience.

Confirmed UK dates are as follows:

Check out the video for “From The Pinnacle To The Pit” below:

Following the release of their new album, Meliora, and critically lauded performances at this year’s Reading and Leeds festivals, Ghost have announced the UK leg of their forthcoming European tour.

The live dates will be the first time that Ghost have headlined shows in the UK under their own name alone, so fans are being prepped to expect “the full Ghost experience.”

Confirmed UK shows are as follows:

Tickets go on sale at 9am on Friday the 4th of September. Support for the shows will be coming from Dead Soul.

You can watch Ghost’s doppelganger-led video, directed by Roboshobo, for Meliora album track “Cirice” below.