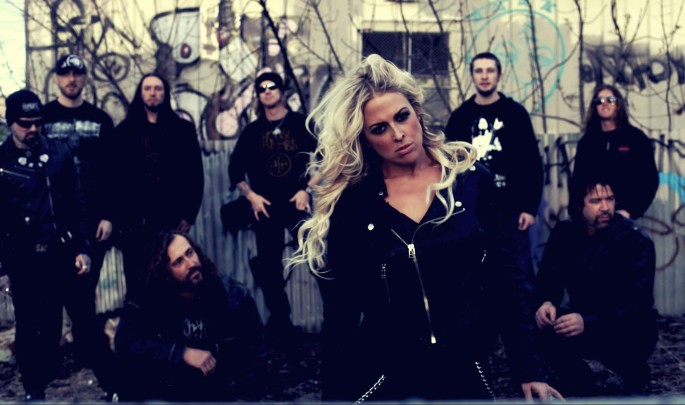 Aussie hard rock band Heaven The Axe have shared a live video of their track “Good Things Come To Those Who Hate.”

The footage was shot by Skeleton Crew TV during HTA’s support slot for Butcher Babies at Melbourne’s Cherry Bar earlier this year.

In our recent interview with the band, Heaven The Axe said of the show: “Butcher Babies were here in Australia as part of the Soundwave festival. A number of bands play side shows and we were invited to play in support of them. It was a fun night, a cracker crowd with a bunch of the international bands from the festival coming along and partying with us.”

When asked what success would look like for them in 2015, Heaven The Axe’s vocalist Phoebe Pinnock summed it up: “To be honest, all we really care about is writing and recording the new music right now and believing in ourselves. We would rather be patient because we know from experience that when the magic happens it’s always worth the wait. Our next step is to be able to grasp new musical directions, to be able to communicate as a group and write lyrics that mean something to help people define how they feel. Then, we’ll let you know.”

Check Heaven The Axe’s live footage of “Good Things Come To Those Who Hate” live at Cherry Bar below, and check out Skin Back Alley’s recent interview with the band here: