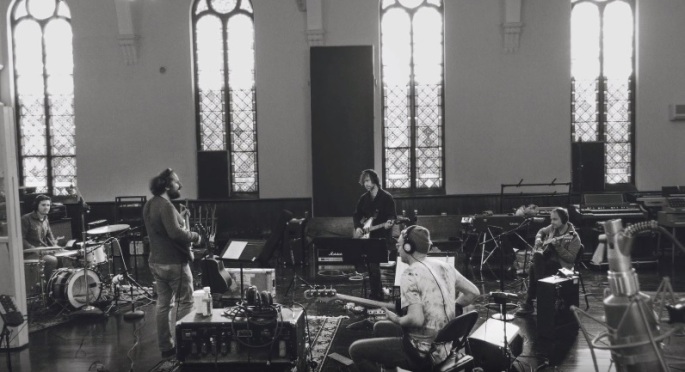 Members of The National and Grizzly Bear have shared their remarkable cover of The Grateful Dead’s epic prog suite “Terrapin Station.”

The 17 minute rock symphony has been released to highlight Day Of The Dead, a 59-track Grateful Dead tribute album that features such luminaries as the Flaming Lips, Wilco with Bob Weir, Jenny Lewis, Jim James, Bon Iver’s Justin Vernon and Mumford & Sons, among others.

Day of the Dead will be released on the 20th of May in a 5-CD bundle and as a limited edition vinyl boxed set. All proceeds from the project will benefit the Red Hot Organisation.

If you’ve got 17 minutes to spare, you can listen to the all-star cover of “Terrapin Station (Suite)” below.