Black Label Society have released a video for their track “Angel of Mercy.”

The song is taken from the band’s latest studio album, Catacombs Of The Black Vatican.

You can watch the video below. Let us know what you think!

The Indonesia electoral commission announced that Joko Widodo had been victorious with a 53.15% share of votes cast. His rival, Prabowo Subianto, achieved 46.85%.

Joko is sighted regularly at rock and metal shows in Indonesia, and once owned a bass guitar that had been played and signed by Metallica’s Rob Trujillo. Unfortunately Joko gave up the guitar, in case it was perceived by colleagues and public alike as a bribe.

Indonesia’s metal scene is a burgeoning one, and you can only imagine that it will continue to go from strength to strength now that its President is a confirmed fan of Metallica, Napalm Death and Led Zeppelin. 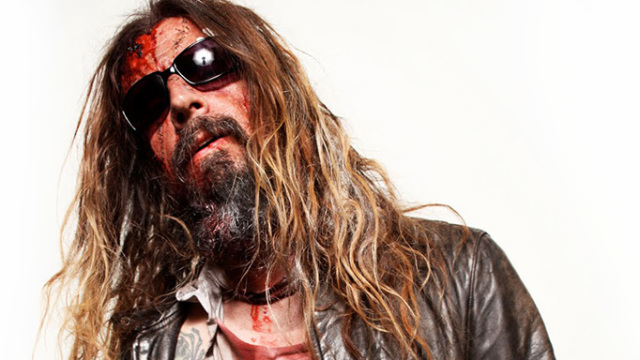 Fans reacted angrily across the web after Zombie stopped his show and walked off after just two songs saying: “There’s no way I can do this. I’m sorry. It’s fucking bullshit, I know, but that’s what happens. What can we do? It’s my fault.”

In a more complete explanation, Zombie said via his new statement: “I’m very sorry to everyone who was at Rock Fest. Believe it or not, this is the first time in 29 years I have not been able to finish a show.”

“I understand people are pissed – but what can you do? It’s easy to say, ‘Man up and just do it,’ but when no sound is coming out there’s nothing you can do. If you’ve ever lost your voice you know it doesn’t magically return just because you want it to.”

“If there was a way to do the show I’d have done it, as I have many times before. I’ve done shows where I walked to the side of the stage between songs to vomit, I was so sick.”

The musician is adamant that he’s not looking for sympathy, but rather: “”As far as everyone yelling, ‘I’ve been a fan for 20 years and now I fucking hate you, you pussy rock star!’ What can I say? Shitty stuff happens sometimes. I tried explaining before I left the stage, but I could barely croak out a word.”

“We’re trying to figure out a time and place to make it up to everybody,” he continued. “I don’t take the fans for granted and I don’t take this situation lightly. My goal is to never let the fans down – but on that night I did. Unfortunately, I had no choice.”

Watch this space for future updates.

A Brooklyn based African-American heavy metal trio who’s members are just 12 and 13 years old have secured a record deal that has the potential to net them $1.7million.

Unlocking The Truth were discovered by Eric Calpton’s drummer, Steve Jordan, who spotted them jamming in Washington Square Park in 2012. Guitarist Malcolm Brickhouse and bassist Alec Atkins, both 13, and drummer Jarad Dawkins, 12, now have a set at Californian festival Coachella under their belts, along with supporting slots for hard rock heavyweights Guns N’ Roses.

Reports state that the band are guaranteed to release two records via Sony, with an advance of $60,000 for the first, and as much as $350,000 for the second. If the albums prove to be successful, Sony music can then pick up the group’s options for a further four albums, leading to the payout of up to $1.7million.

Alan Sacks manages the group, and New York Daily News has reported that they have a documentary in production, and a book due out at Christmas.

The trio all share singing duties and are currently touring North America as part of the Vans Warped Tour.

You can watch fan-shot footage of the band performing at this year’s Coachella festival below: 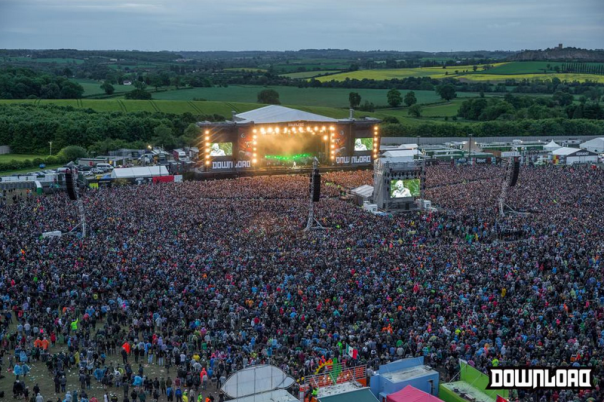 Following this year’s Download festival, Skin Back Alley’s Founding Editor pens some thoughts – and poses some questions – about the heavy metal community, the perception of it within other segments of society, and how it wants to be seen and understood in the future.

I read an article in The Guardian last week about heavy metal that, if you’ll forgive the music related pun, struck a chord with me on many levels.

Timed to coincide with the advent of this past weekend’s Download festival, the thrust of the article was ostensibly that whilst trends in the popularity of certain genres of music may come and go, metal’s popularity has remained remarkably consistent.

The article notes that, according to data from the UK’s Official Charts Company, metal’s share of UK album sales has varied by no more than one percentage point, from a high of 7.3% in 2006 to a low of 6.3% in 2009. So, despite many declaring that rock is dead, one particular strain seems to be doing just fine, thank you very much.

Stuart Galbraith, chief executive of Kilimanjaro Live, organisers of July’s Sonisphere festival at Knebworth, is quoted as putting this down to “…the vast loyalty of the audience, and that’s engendered by the enormous sense of community. It’s much more avid in its love of music, much more likely to spend money to see it live, and music is much more likely to be part of their lives and something they talk about in the pub. If you look at the social media stats on a festival such as Sonisphere, the numbers engaging us are far ahead of any other genre.”

That seemed to chime with my recent thoughts about the maligning of heavy metal as a genre in the wake of the recent furore surrounding Metallica’s headline appearance at this year’s Glastonbury festival. I argued here that at it’s best “…Metal is supportive of – and promotes – education, intelligence and critical thinking, in order that you might make the best of yourself as an individual, and help those in the world around you make the best of themselves, too… For all it is seen as an aggressive form of music, the metal community is actually extremely tolerant and open-minded.”

I would stand by that summary and defend metal as a genre to anyone who chooses to attack it, but a few things have made me sense-check my own thinking in the past few days.

The first was a response to my previous article from a very close friend, suggesting that their experience of metal and it’s fans was very different. Speaking as black, Jewish female living in the Caribbean, she had been subject to something much less than my experience as a white, male fan living in the UK.

Secondly, whether I like it or not, outside of it’s fan base, there is a perceived conservatism within the metal genre; a perception of a resistance to change. But yet again, as the Guardian article notes: “…metal is actually one of the most restless of genres, with a profoundly experimental outer edge.” So why is that perception of metal in the wider community there?

Finally, I’ve been amazed, appalled and pissed off in recent days by the grumpy prejudice I’ve seen amongst the metal community about popular and mainstream events such as football’s World Cup. Everyone is entitled to their opinion, of course they are. You can reject the wider public, sport and football in particular if you so wish. But at the same time, just as I was recently highly critical of ill thought out, over-simplified and clearly prejudiced arguments against heavy metal, football fans are just as likely to be pissed off at the metal community for the comments I’ve seen of late.

So what is my point in all this? Essentially, that as a community of fans we need to practice and promote what we preach. Individual expression, freedom, tolerance, love, acceptance, equality, a progressive attitude: these are all things that, at it’s best, I still believe heavy metal values, supports and encourages. But do we outwardly project that?

Metal has historically actively positioned itself in opposition to the mainstream, providing an alternative experience for those who do not feel they can accept, or are a part of, the dominant hegemonic models. That’s great; amazing. But we also need to be careful that we don’t become over-zealous in criticism of those who do feel a part of that mainstream. Remember, for some, sport and football, pop music, religion, fashion – all the things I've seen metalheads stereotype and be simplistically critical of in recent days – have provided exactly the same solace, comfort, acceptance and purpose for them as metal has for us; for you.

Let's be what we want to be; let's live outside of mainstream culture in the dedicated and loyal community that we've built; but let's do that in a way that is respectful and tolerant of those who don't wish to join us.

You can read the entirety of the Guardian article referenced here.