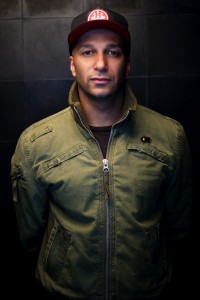 Tom Morello has revealed that he is working on a new solo album.

In an interview with Billboard, the Rage Against the Machine axe-slinger confirms that he is creating a big rock record.

“I want to make the craziest guitar record that anyone’s ever heard. The idea is that this is the Hendrix of now” he says.

Morello has most recently been playing live with Bruce Springsteen and the E Street Band, and features heavily on Springsteen’s latest album, High Hopes, that was released on Monday. He has also recorded four albums of acoustic folk under the moniker of The Nightwatchman.

Morello will be filling in for Steve Van Zandt during Springsteen’s upcoming Australian tour dates.